Here is part two of our series about the old James E. Pepper distillery.  Here is the first installment.  When we checked it out last year, the current owners were just embarking on a pretty intensive restoration of the property.  It keeps looking better and better all the time.  Check them out on facebook if you're interested...  anyhow...


When we checked the place out, we took literally hundreds of photos.  We were unsure how to break them down, so we are just going to do it by location.  All of the following shots are from the exterior, sort of..  Enjoy. 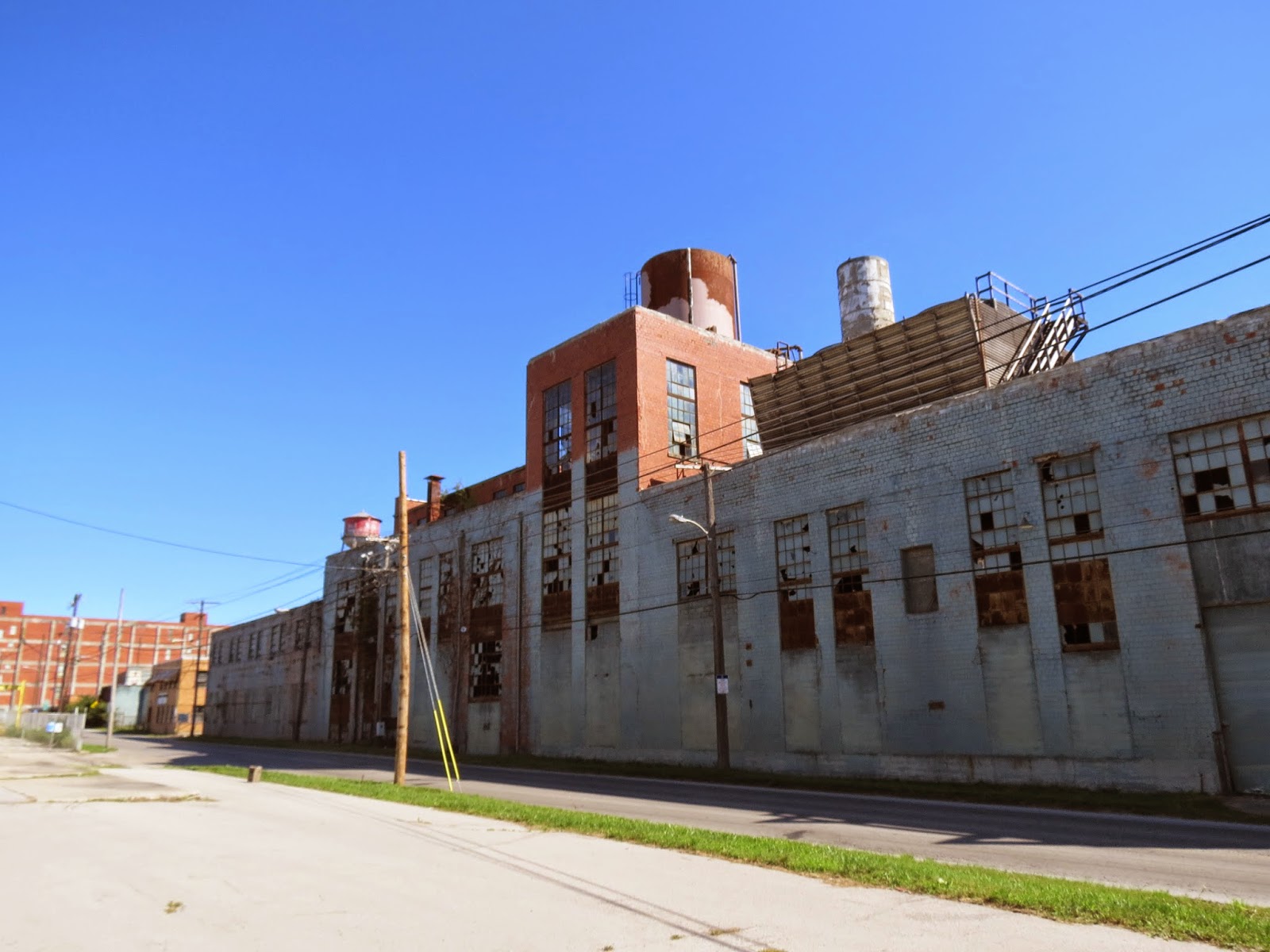 This shot is similar to the old one.  We didn't get an exact one, as we couldn't get to the same location, or at least we thought we couldn't.  Note the the chimney is shorter, and that a lot of stuff from the roof is gone.  And the windows are all broken.  And its abandoned...mostly. 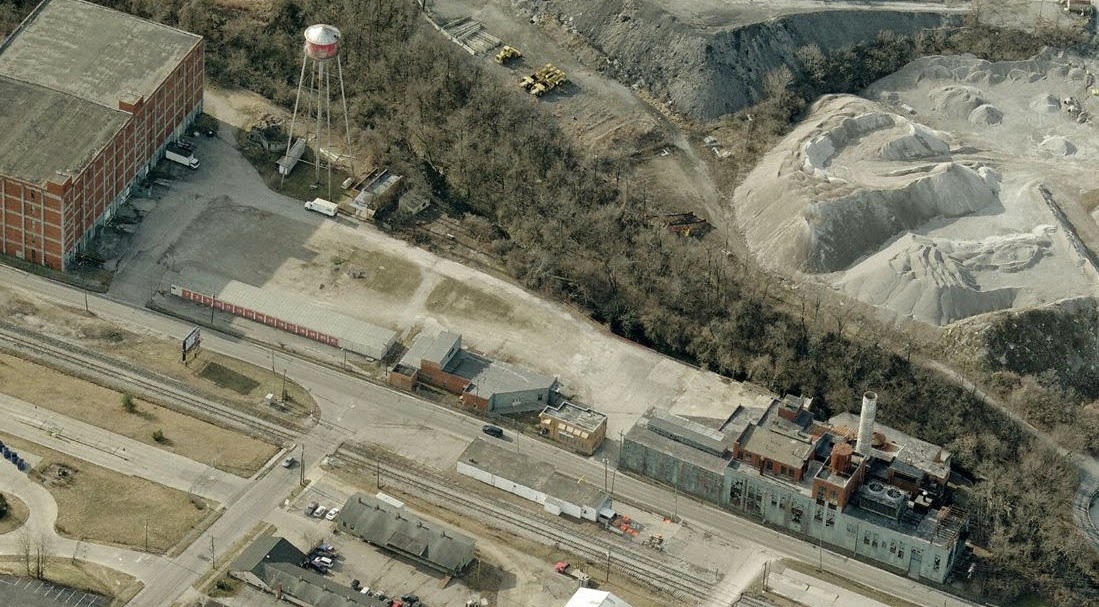 Bing Maps photo, showing the overall site.  The distillery is to the lower right, while the large building on the left is a warehouse for storing barrels.  Note the watertower, as well as the storage unit in the parking lot. 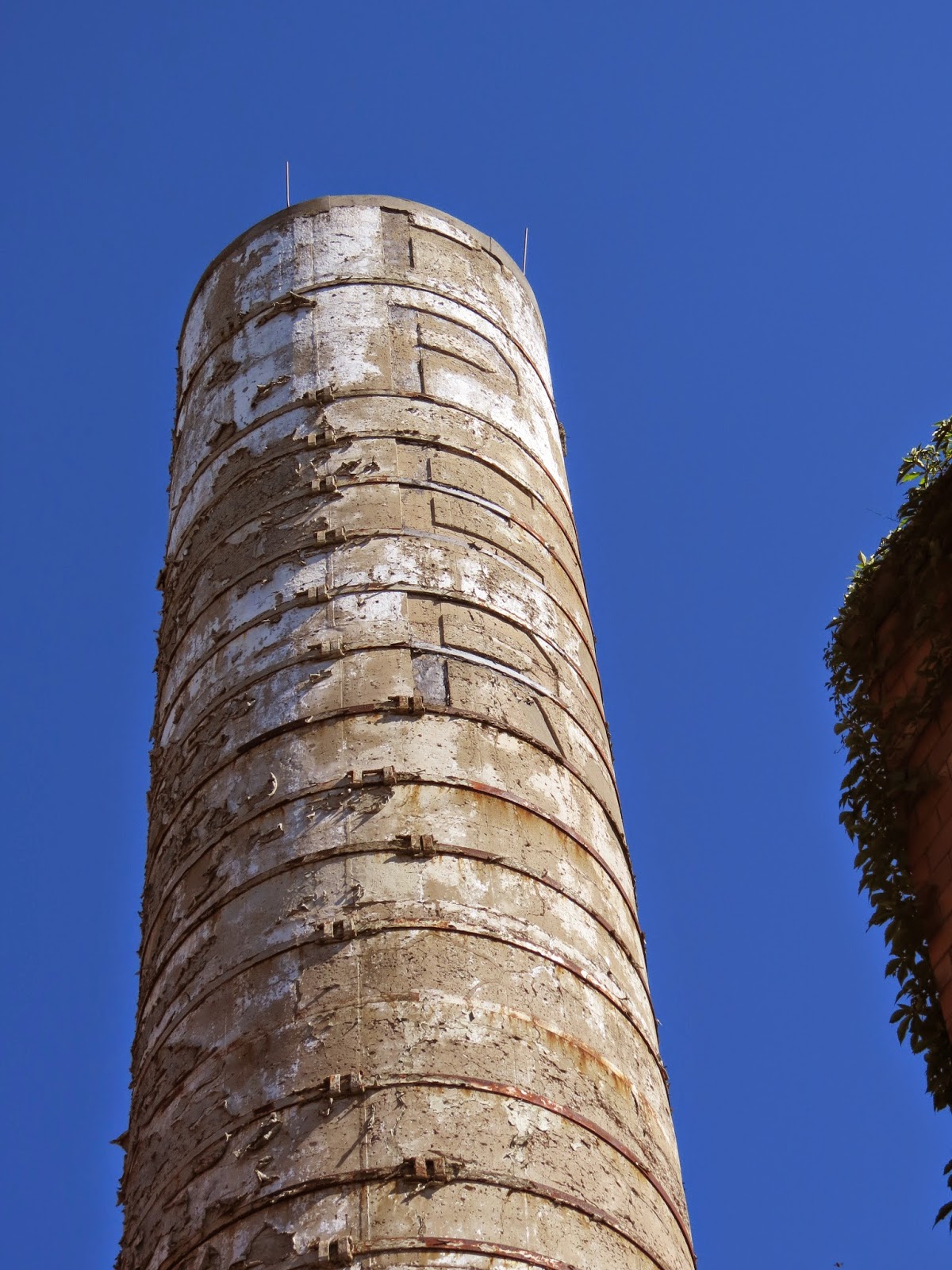 The chopped down chimney.  I believe it used to say "James Pepper," but now it just says "PER." 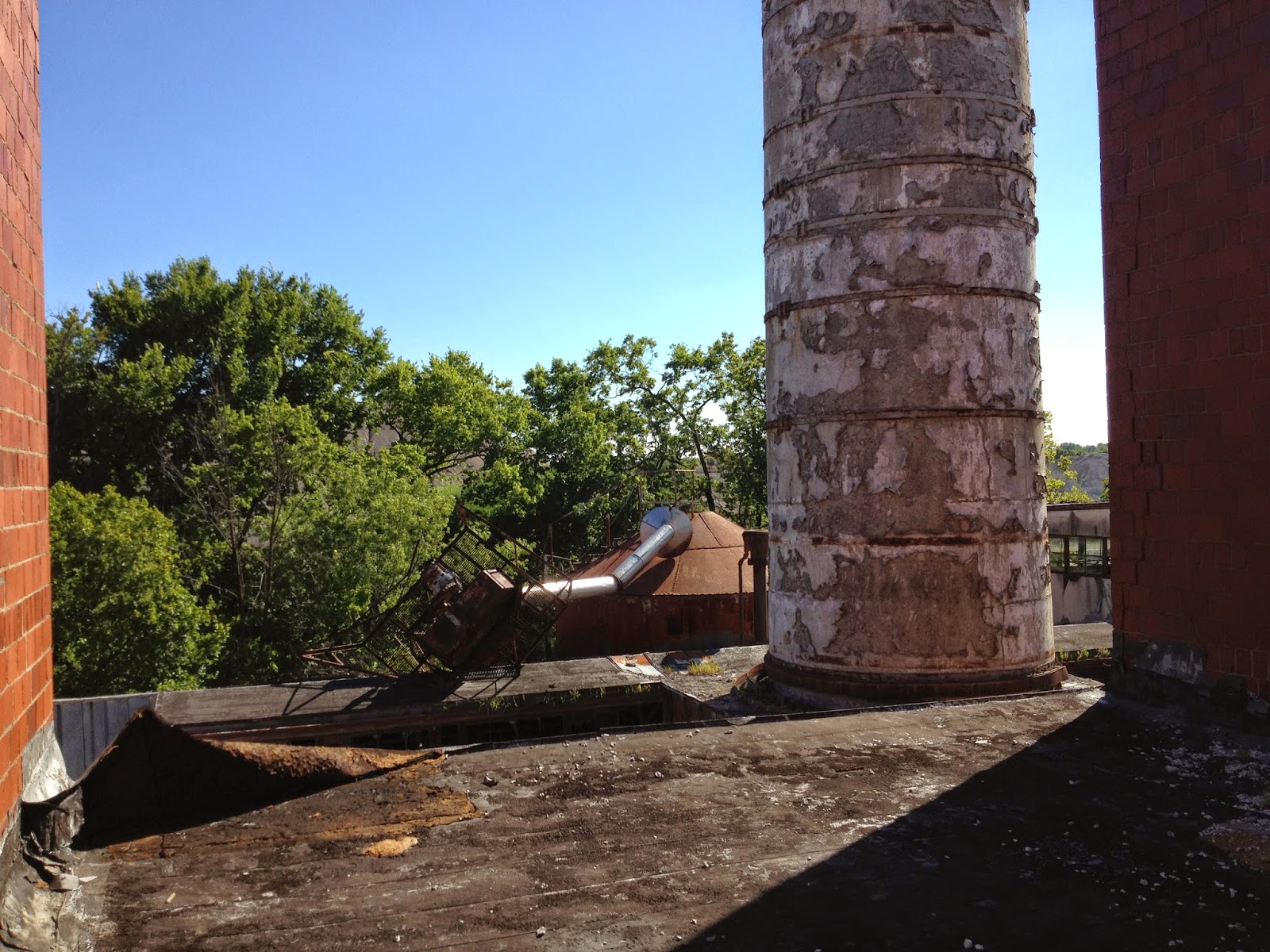 Roof shot of the chimney.  This was some scary stuff at the time.  I didn't take this picture, as I was a chicken.  So it goes. 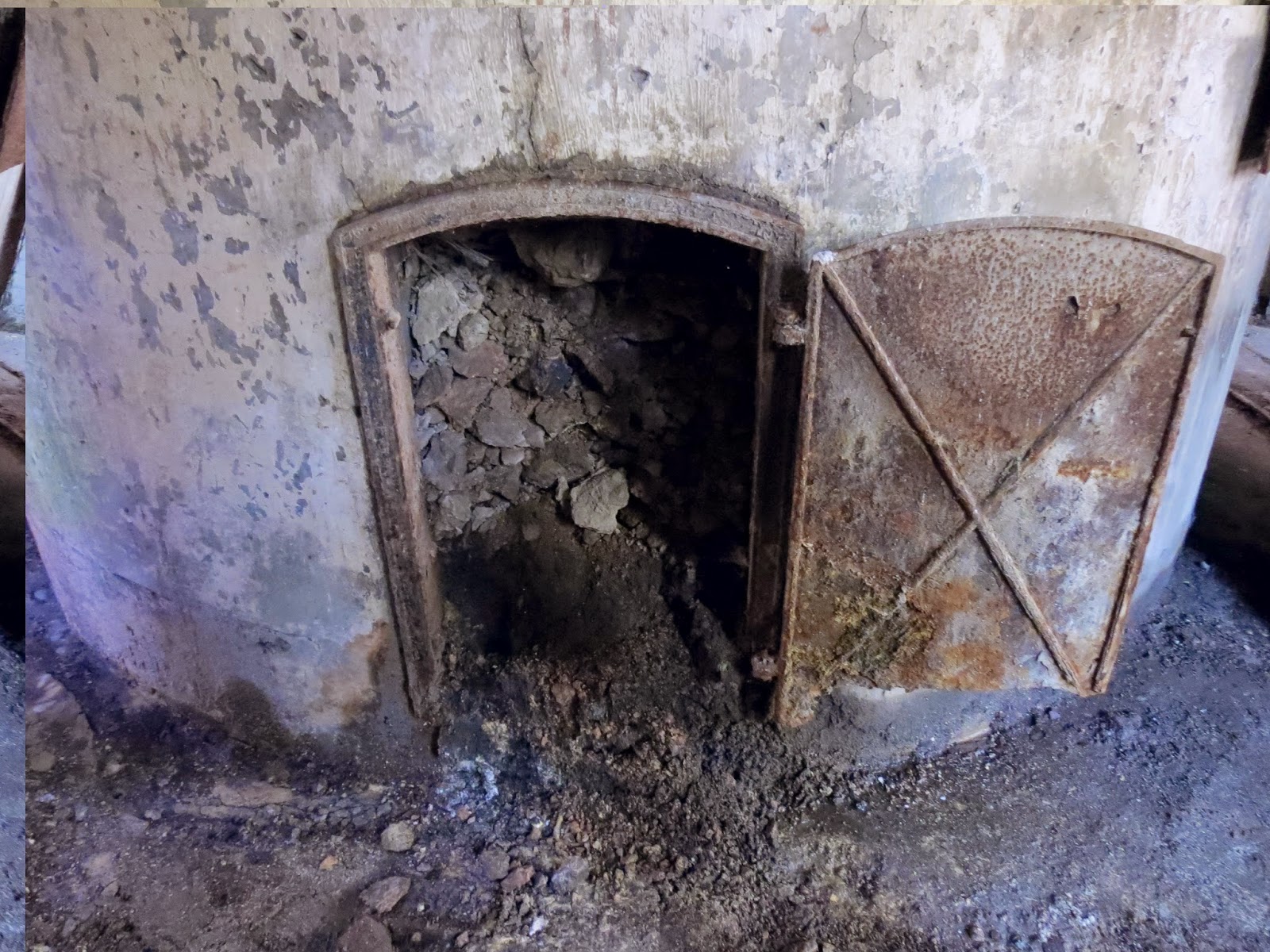 Base of the chimney.  Yea, that looks like a nightmare.  It'll probably clean up fine, but its looking rough here. 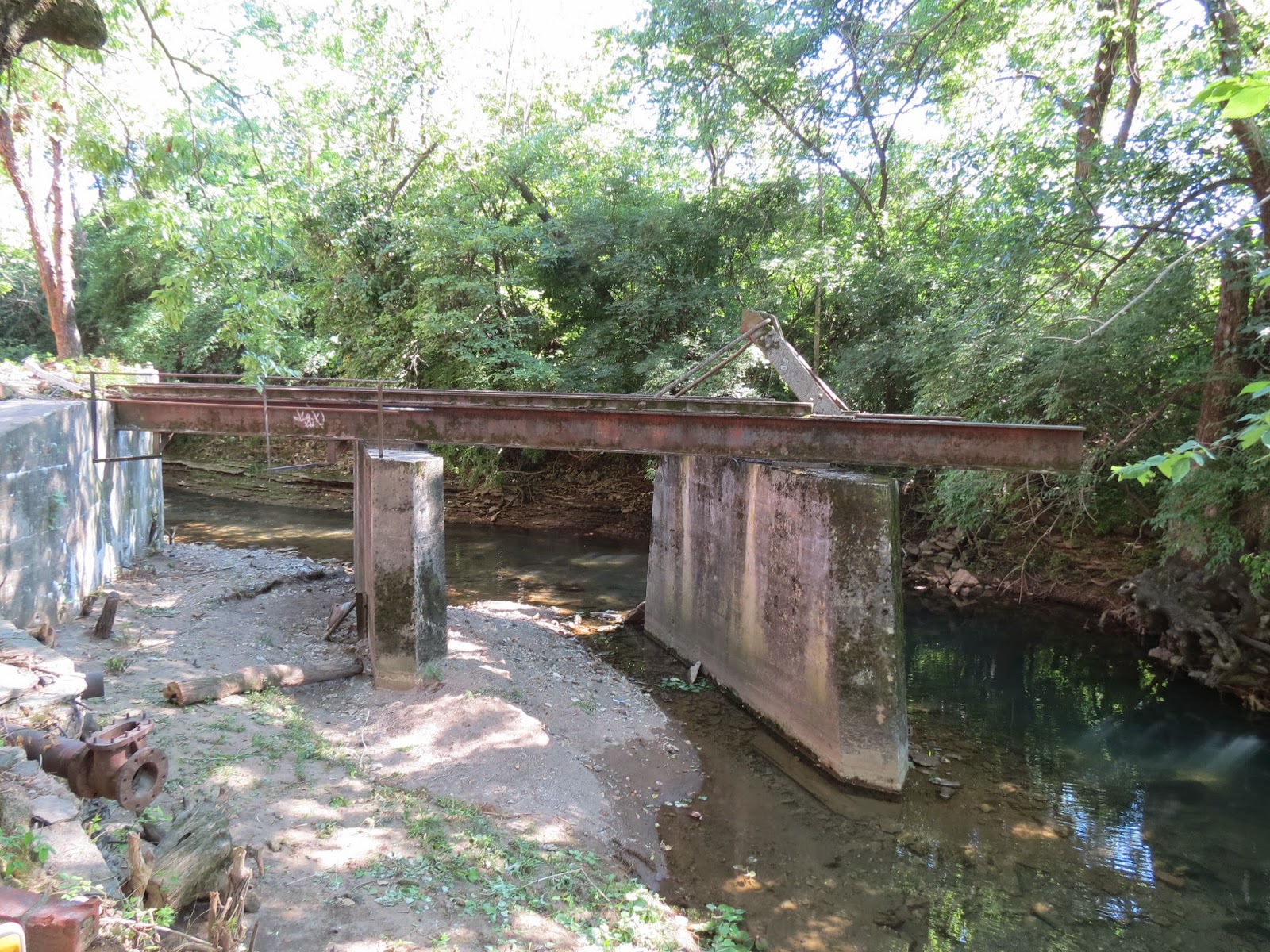 This is part of a rail spur that ran outside/behind the building.  Part of it ran out and over the creek. 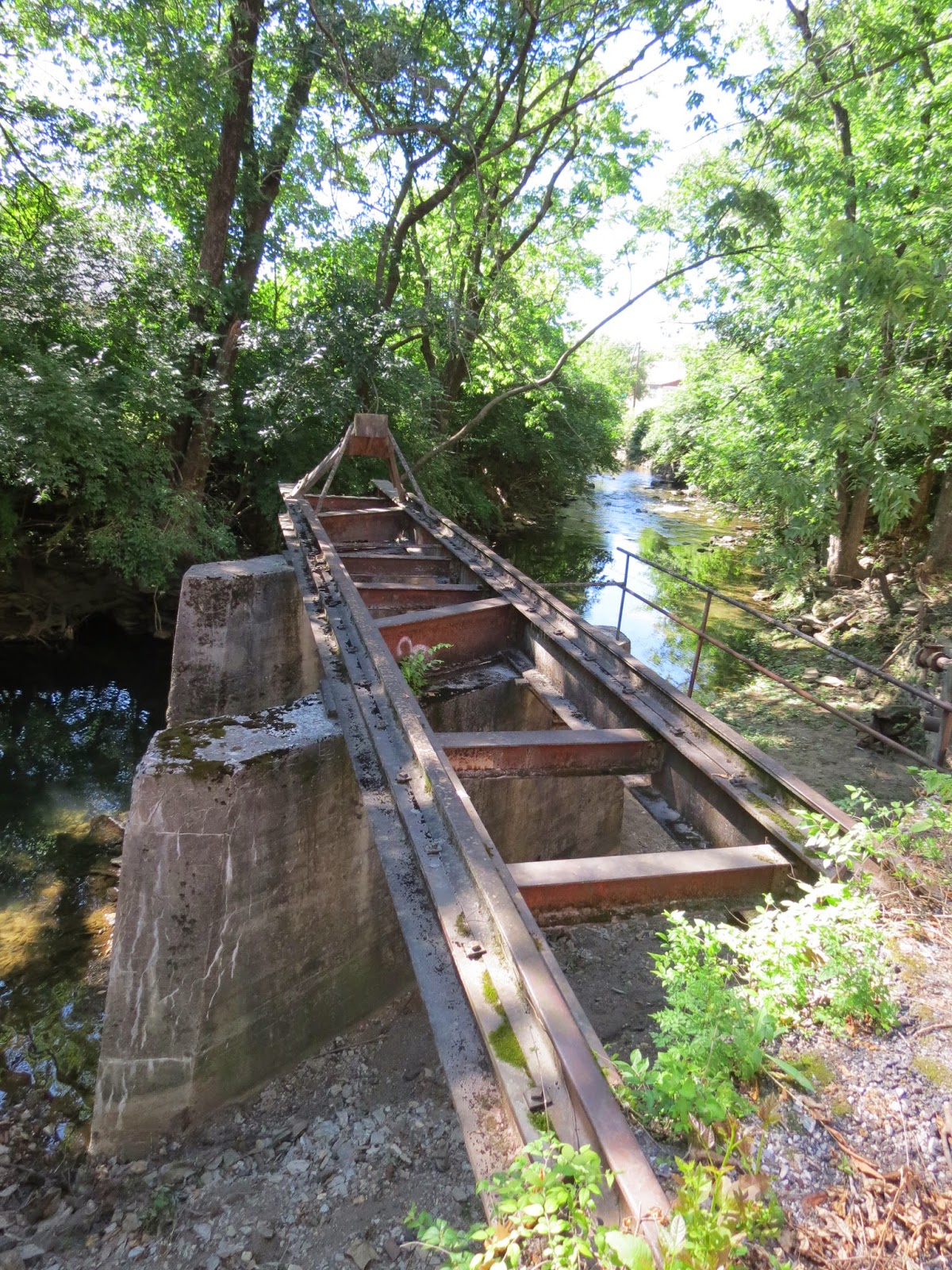 Another shot of the rail spur.  An active distillery was a huge operation.  Such a spur would've been useful for delivering and shipping bourbon or its ingredients. 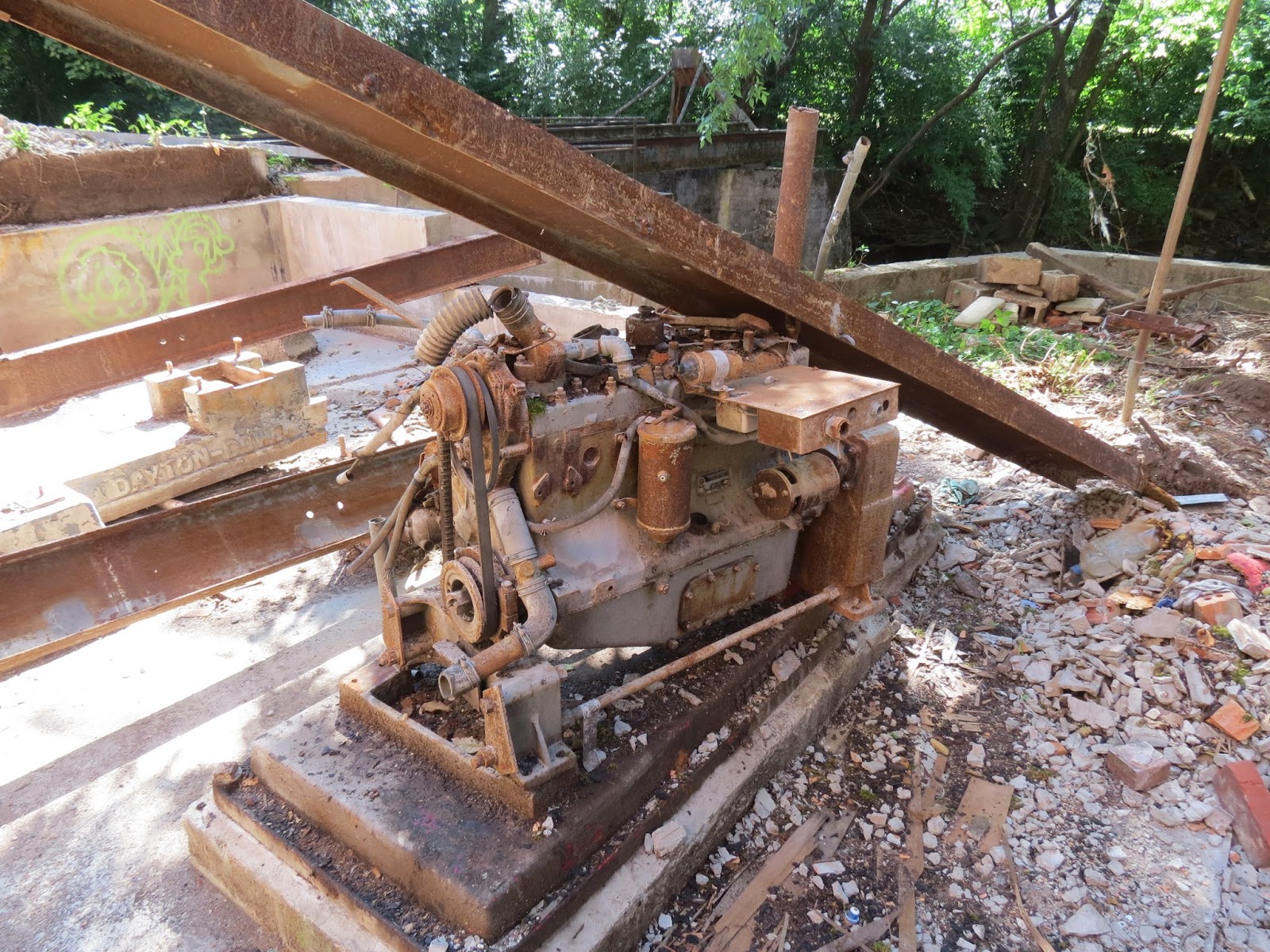 An old motor, sitting out behind the distillery.  There are literally a million and one uses for something like this.  I have no idea what it powered.  Still pretty neat looking though. 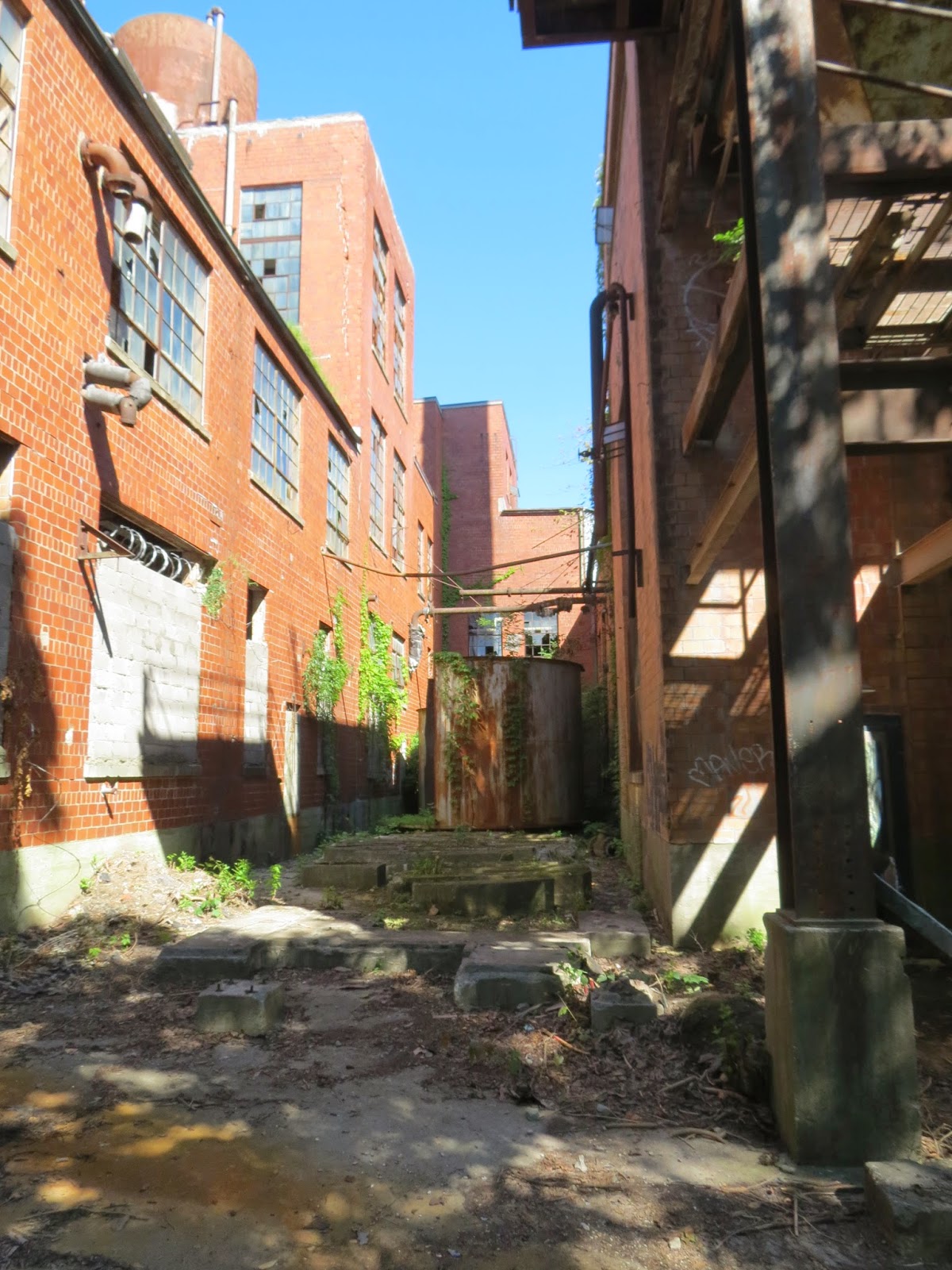 Its hard to explain the layout, but generally speaking, the main building is shaped like the letter "U," with a very chubby bottom.  This photo is taking inside the U, and shows some large tanks that I presume were used for fermentation. 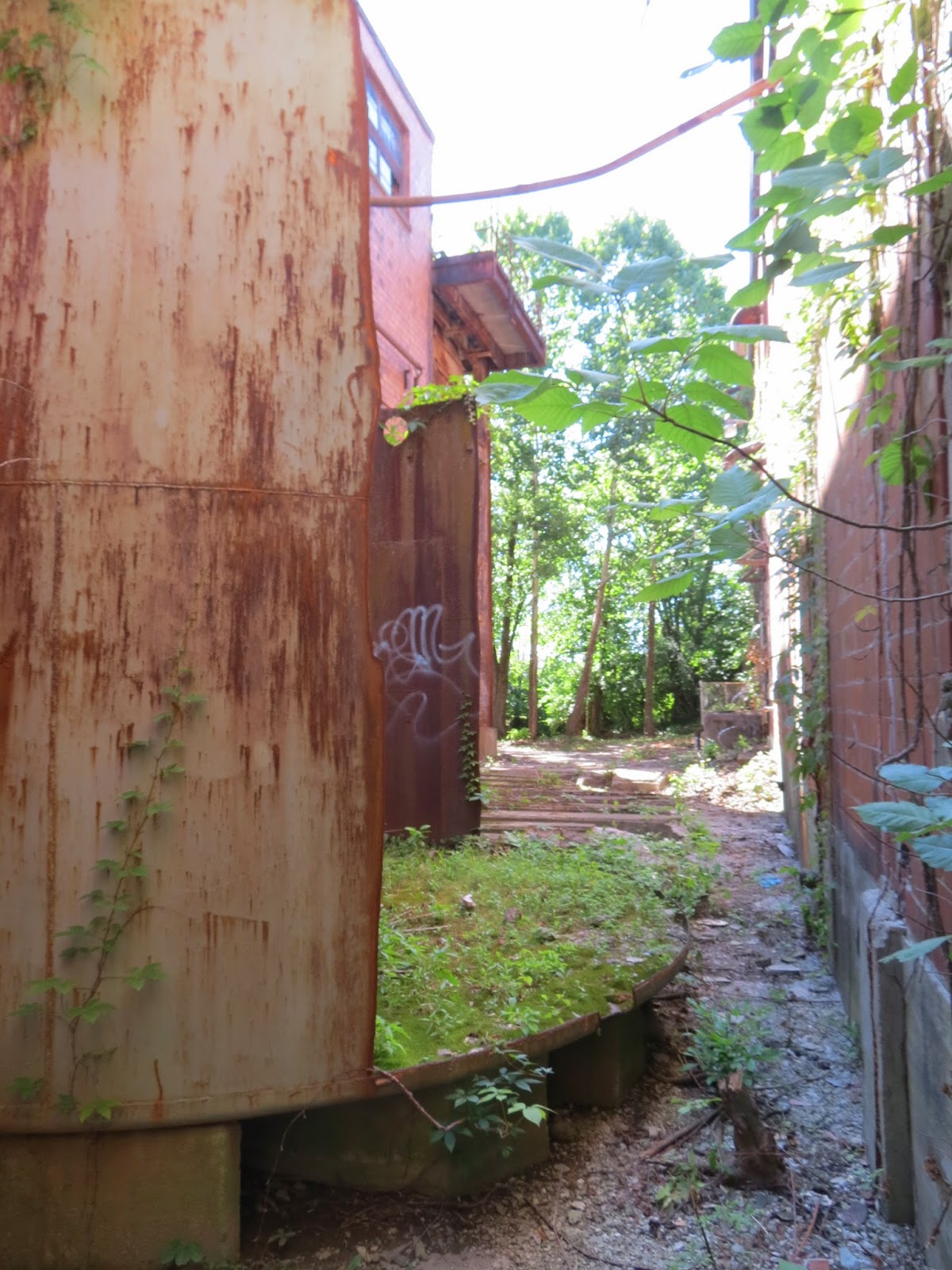 The tanks were chopped up pretty solidly.  This one is missing its side. 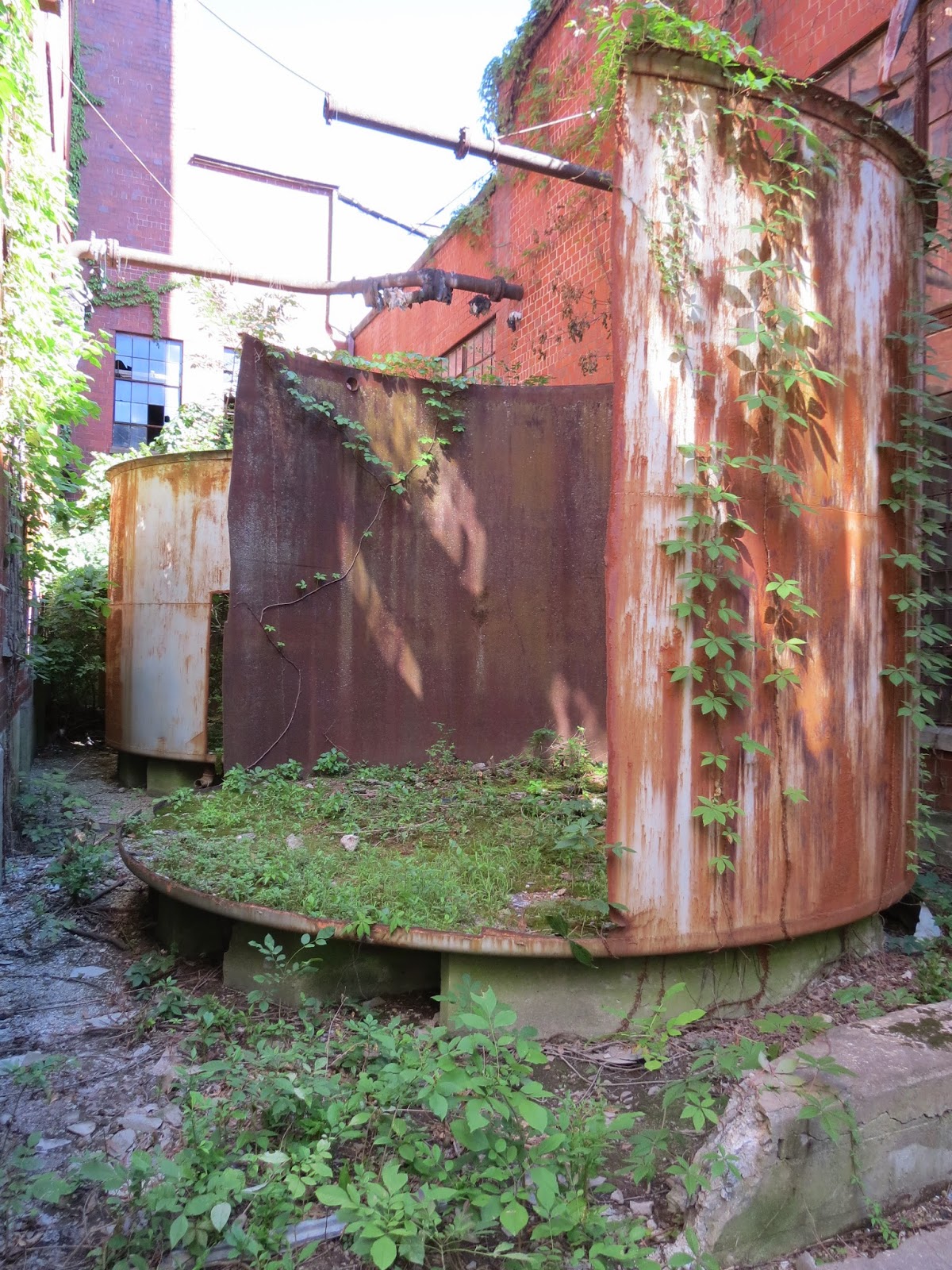 Same tank, different view.  Note the grass, and the other tanks behind it. 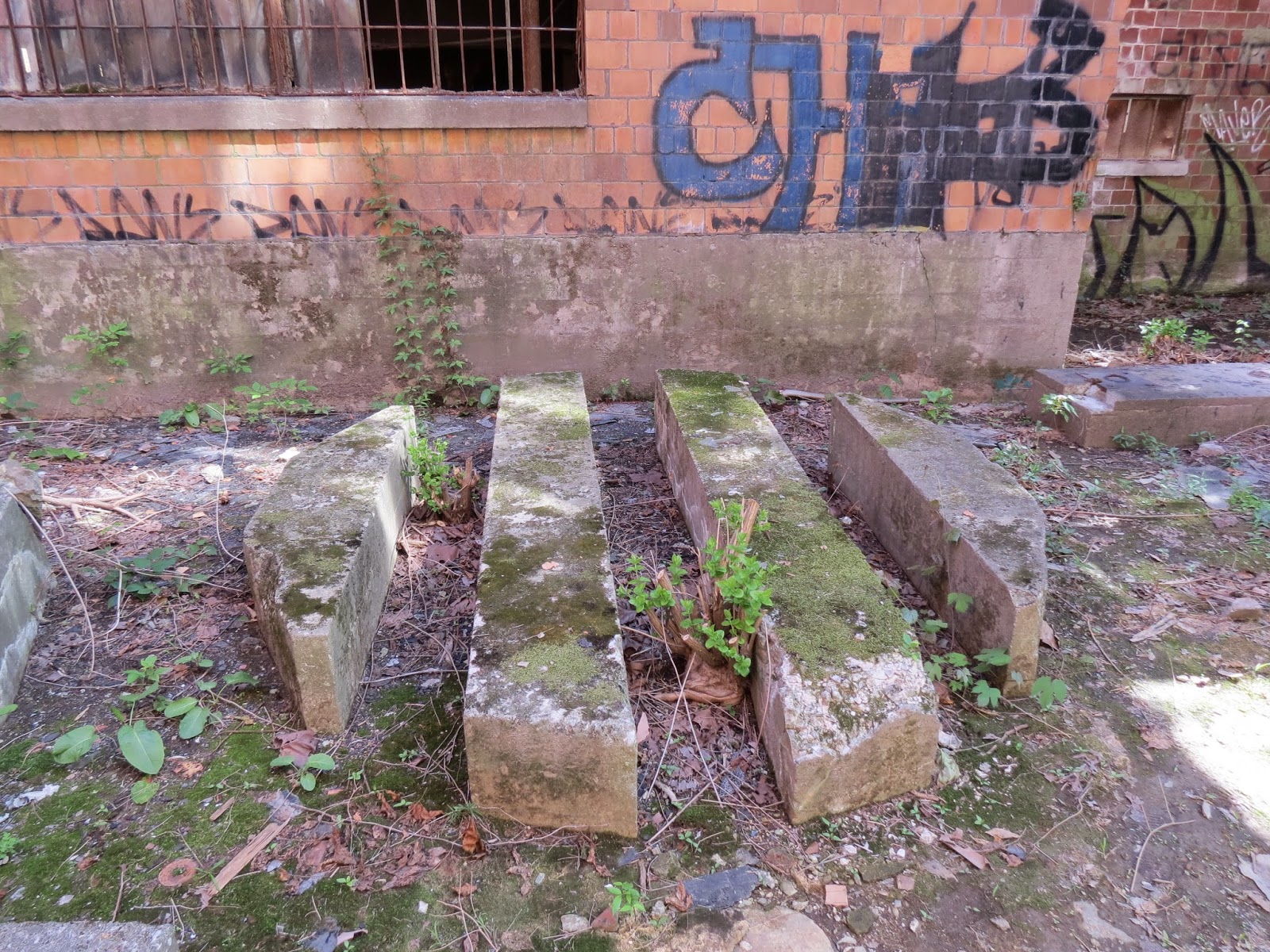 This tank is just totally gone.  All that is left is the round concrete platform. 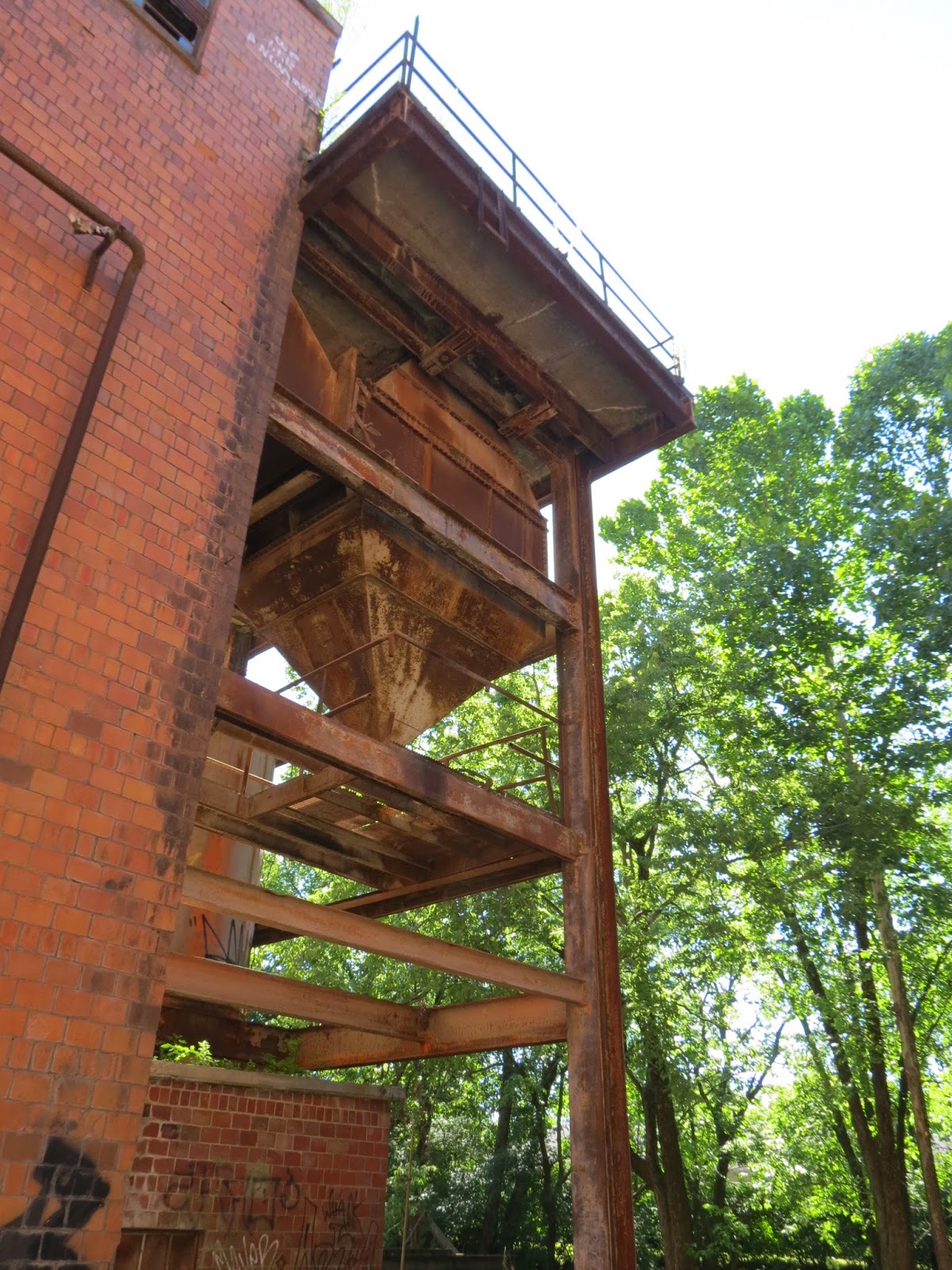 An interesting hopper on the outside of the building.  Much of the structure was made out of large bricks that seemed more like terracotta than concrete. 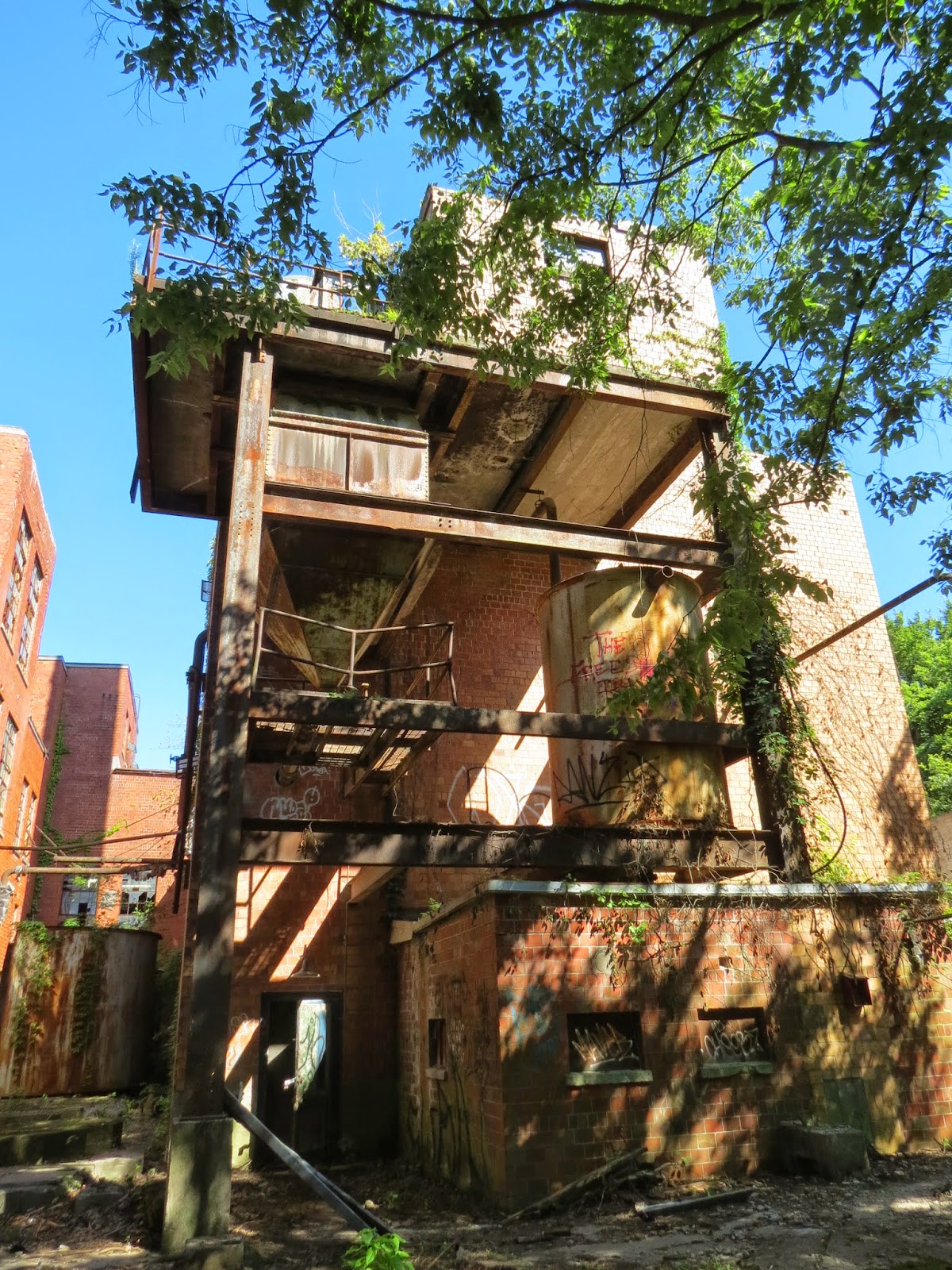 Another shot of this hopper system.  Note the lovely grafitti, and the busted tanks... 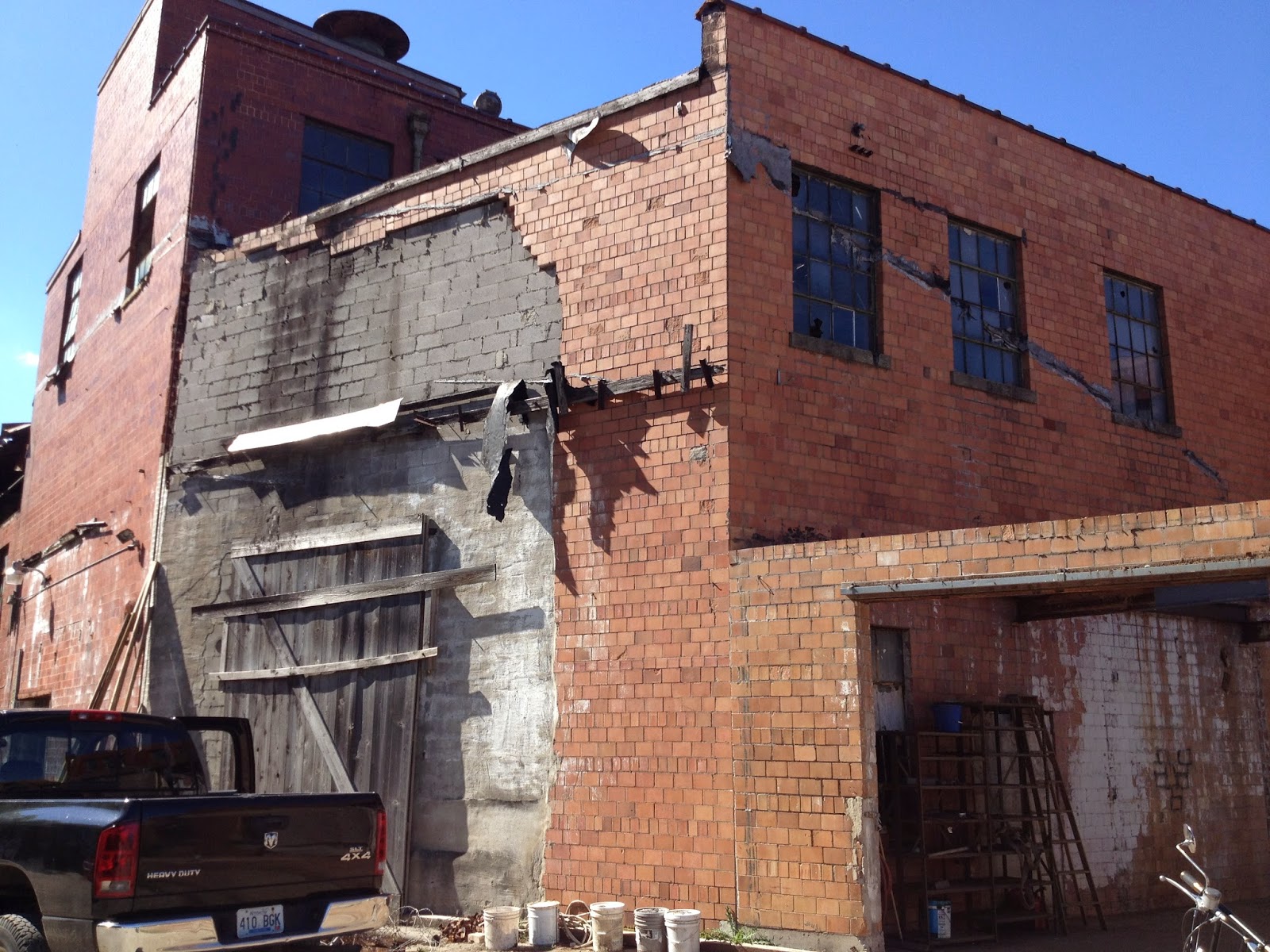 A shot of the other side of the building.  Parts of the structure were being rebuilt, and large parts of the roof looked like they were going to be replaced.  This is a sort of "in progress" shot that shows this effect. 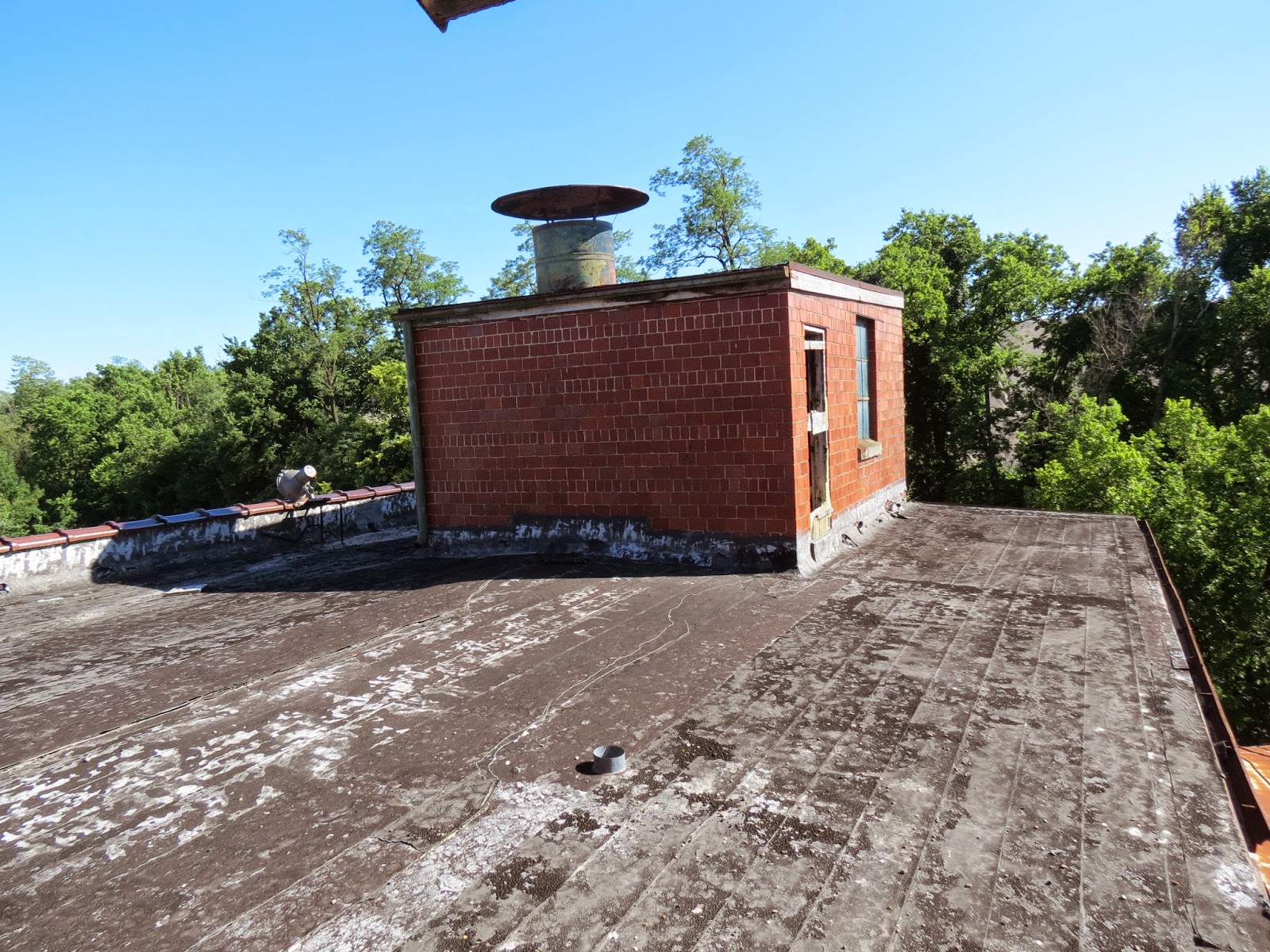 More roof shots.  Again, I still had feathers.  I didn't take these... 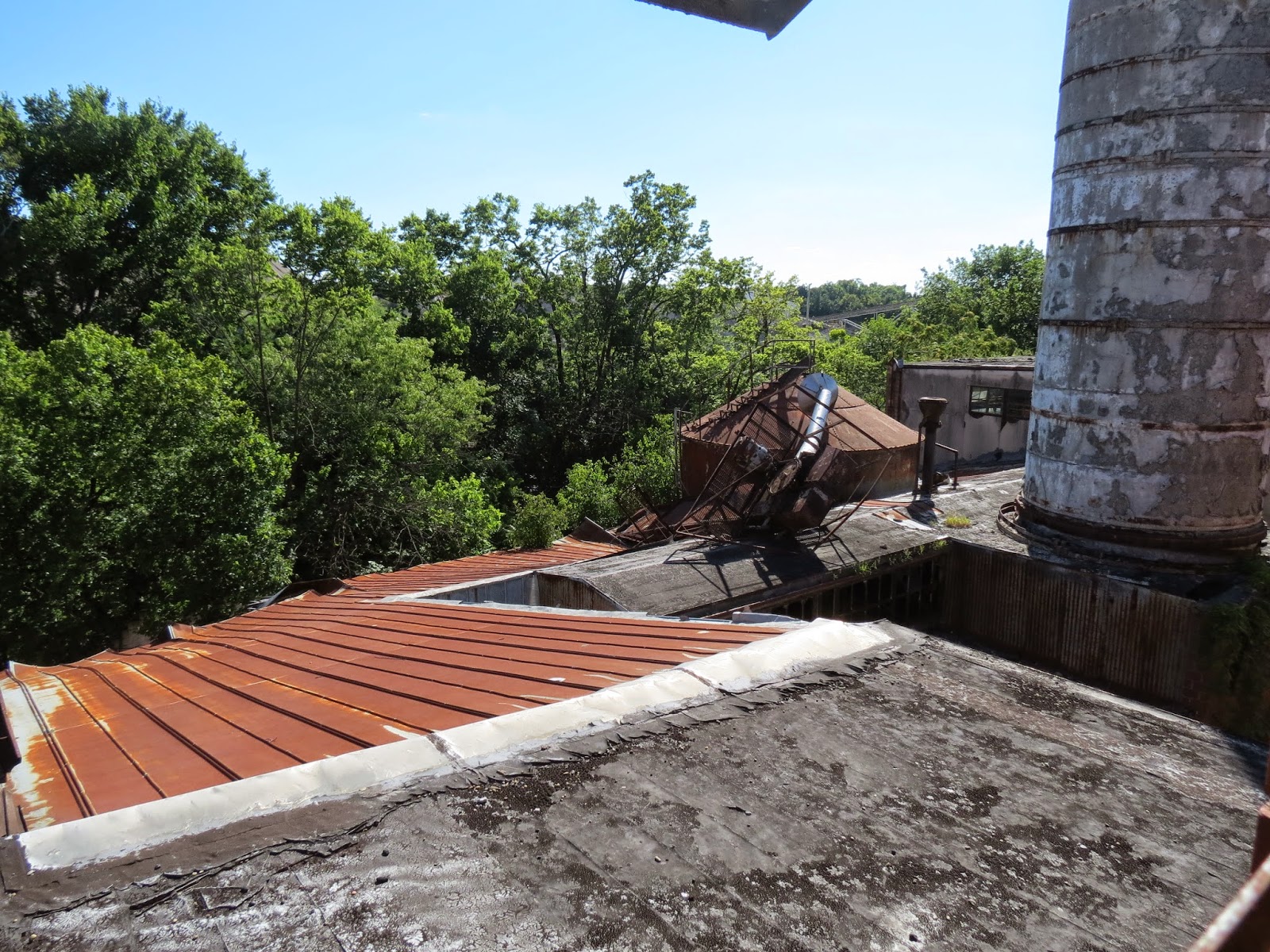 The roof was mostly tar, with some metal here and there.  This part seemed like sturdy concrete, but I didn't know what was under it, so I wasn't risking anything.  ha ha. 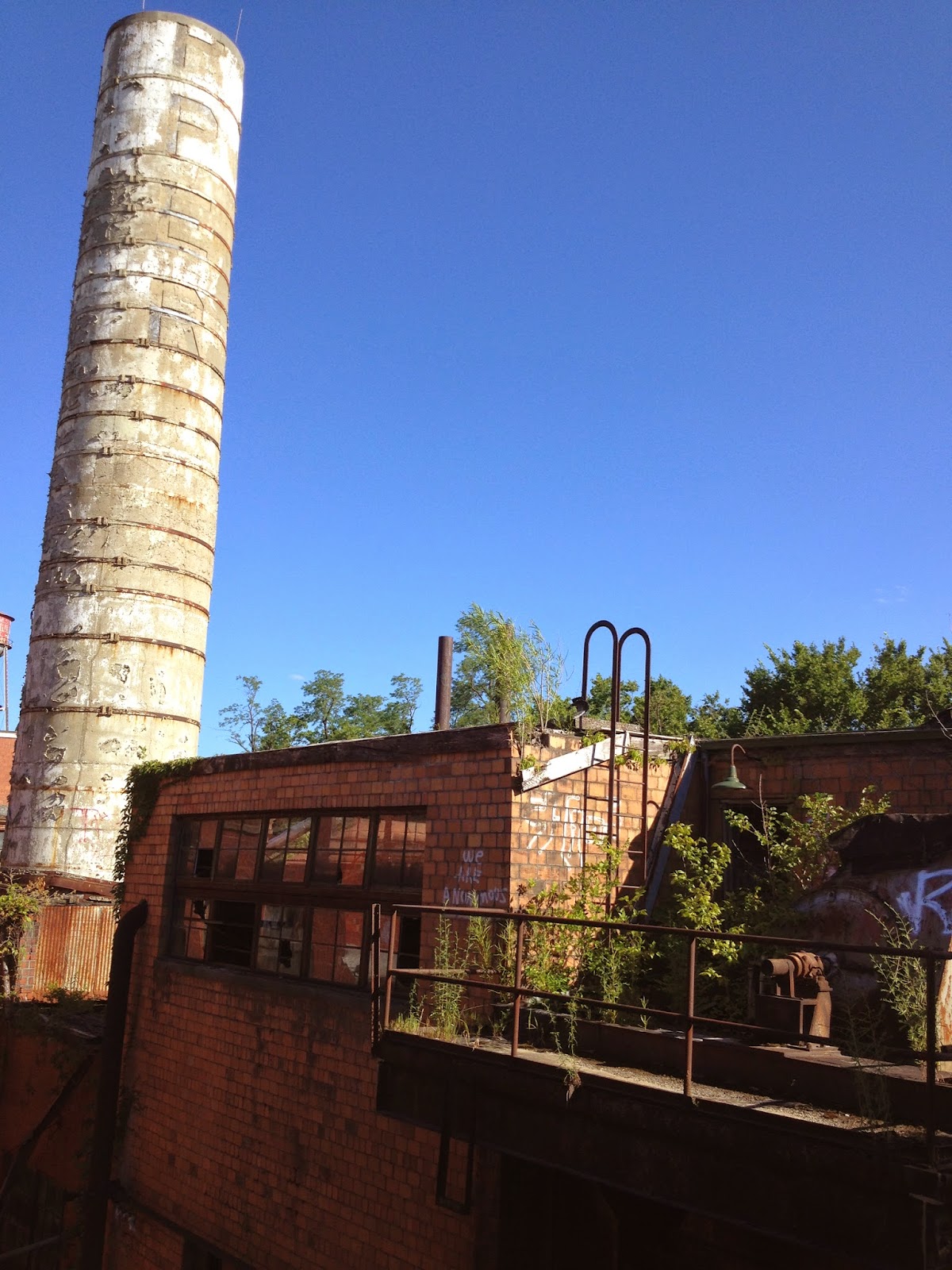 Shot from another portion of the roof.  Yea, those are plants. 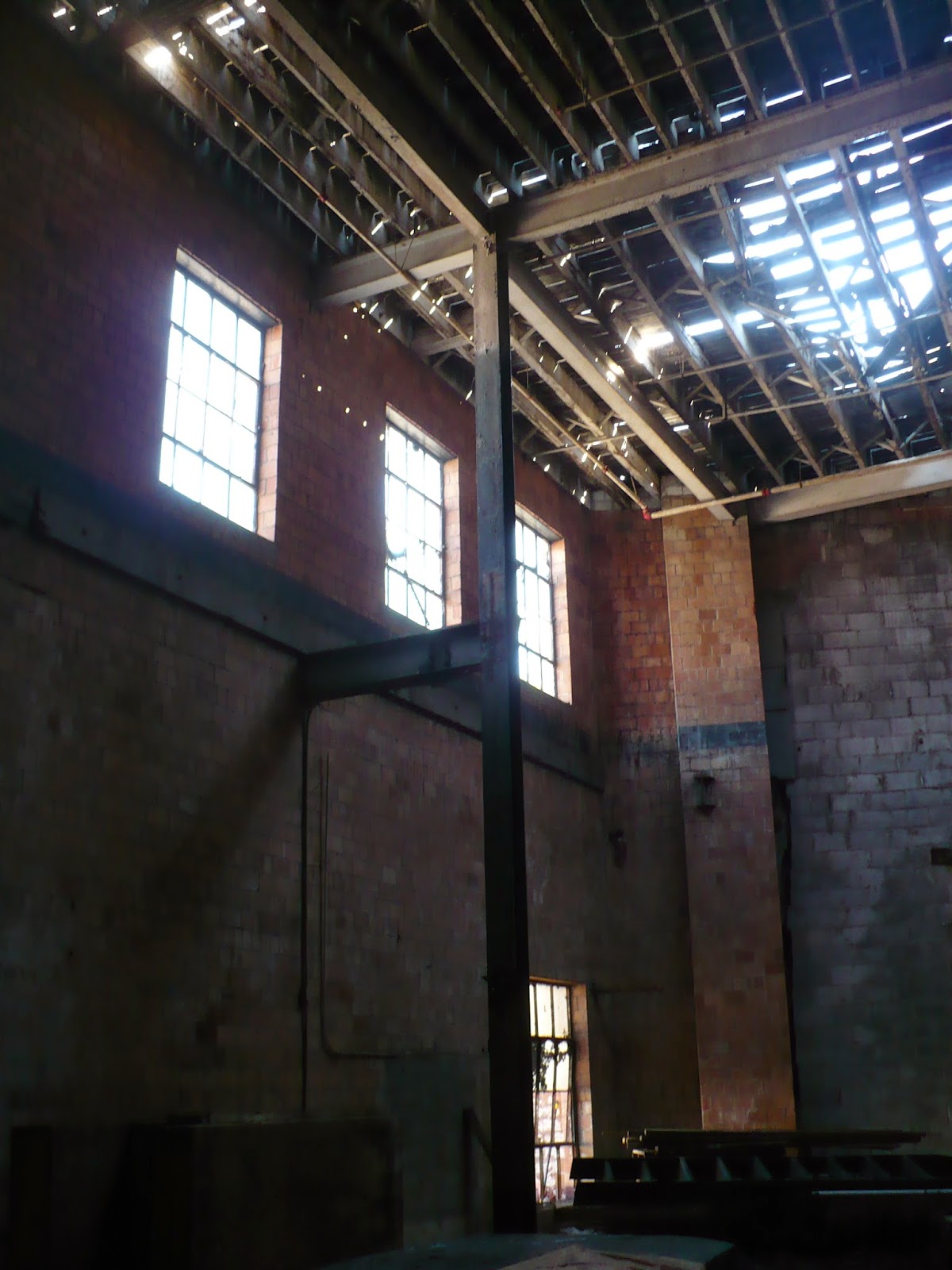 Some of the roof, as seen from below.  This portion was wood, others looked like they were concrete? 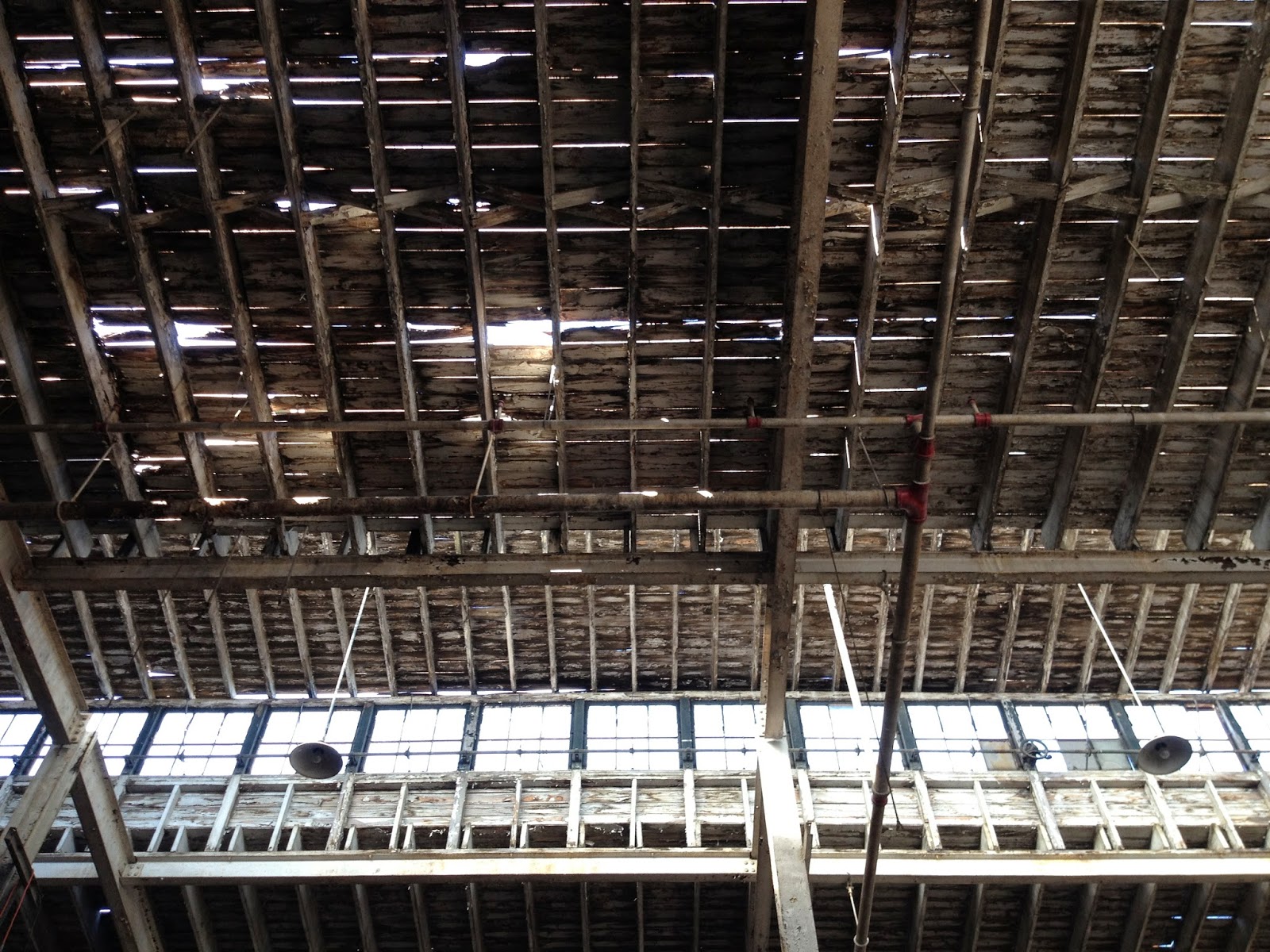 Yea, more of that roof.  At least the light bill was pretty cheap.  No need for LED's here. 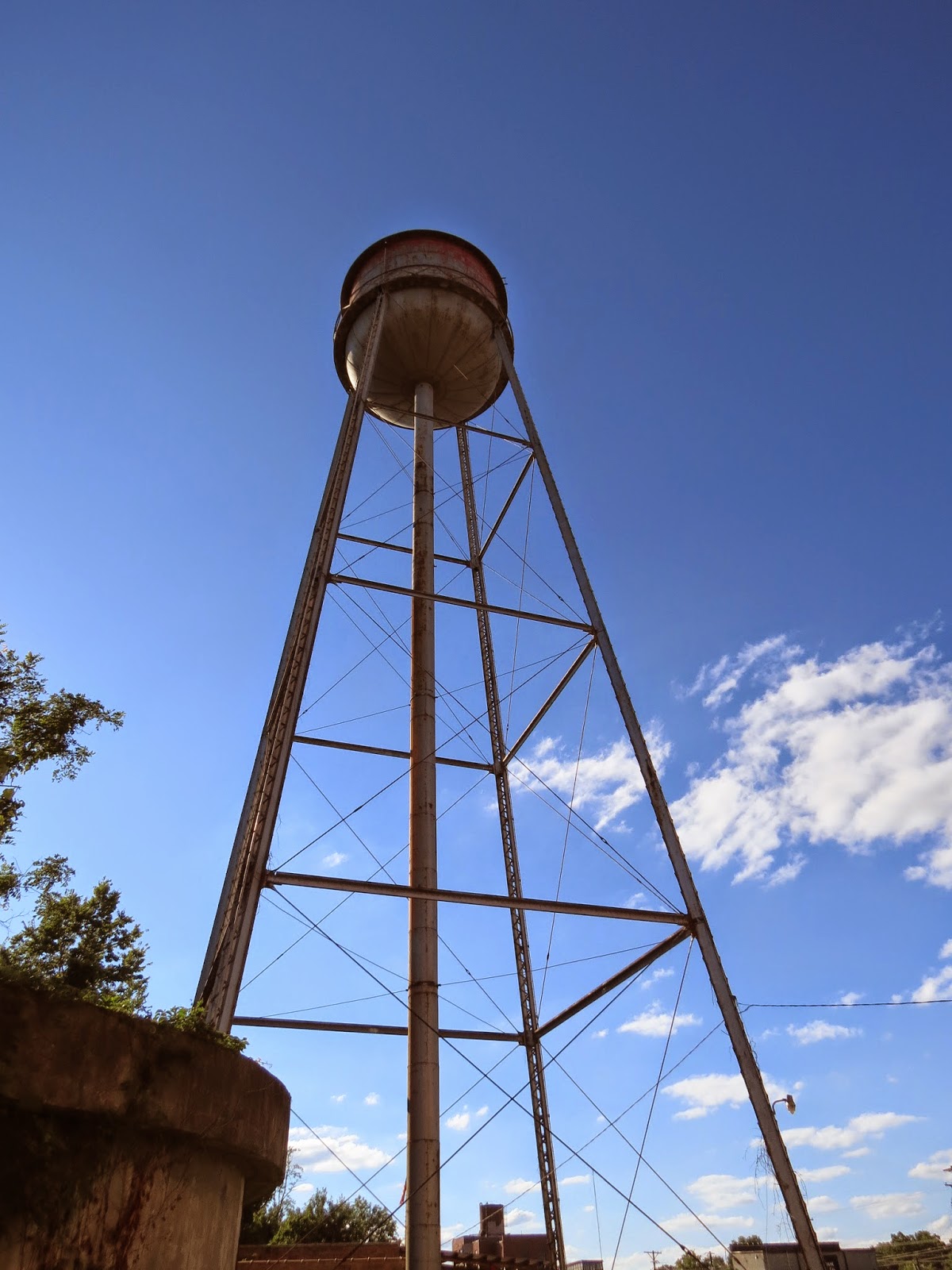 The old water tower, still watching over the site.  I suspect its no longer in use, but I can't verify that. 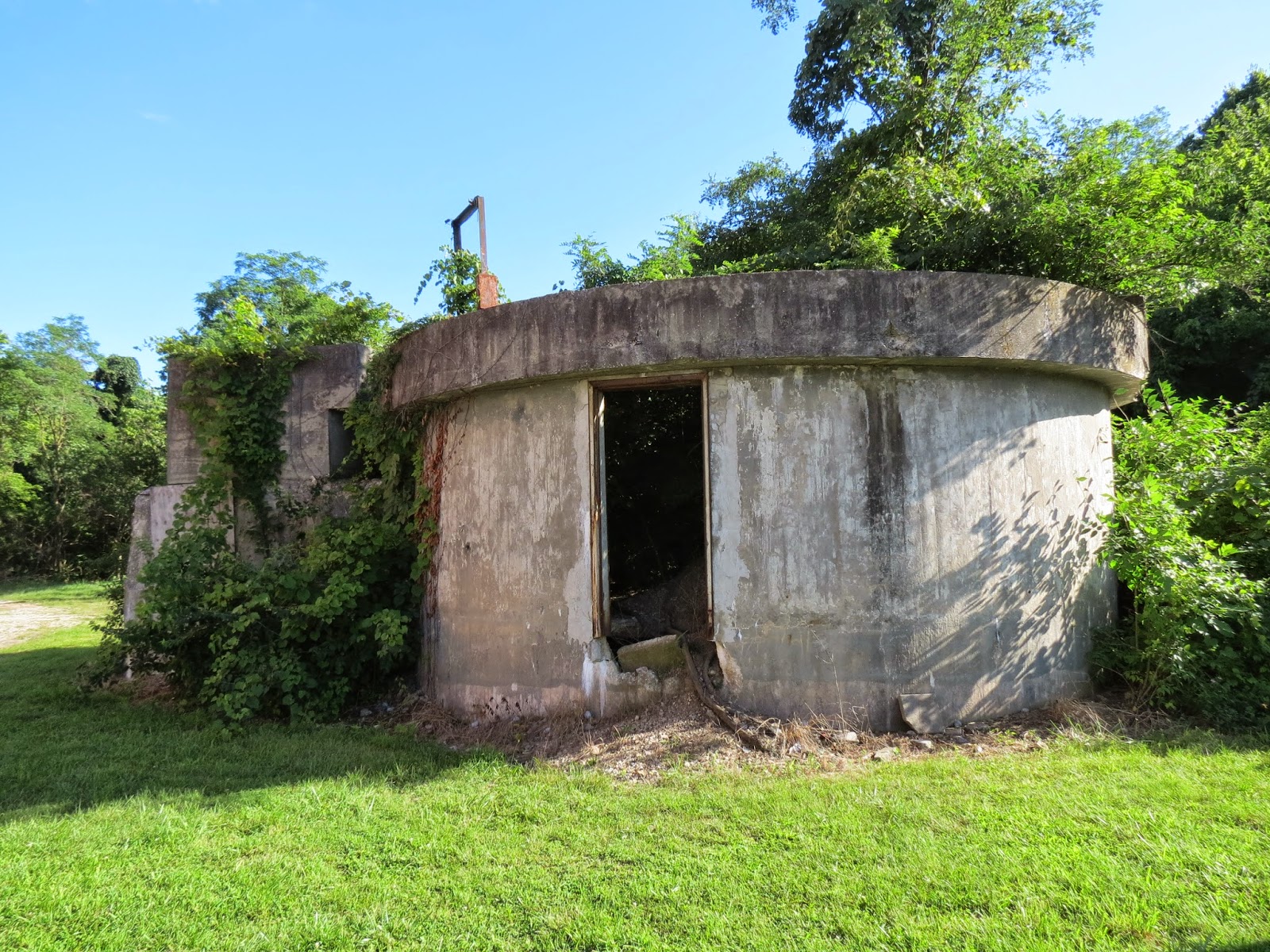 The ruins of an unusual round building.  I have no idea what this is.  Any guesses? 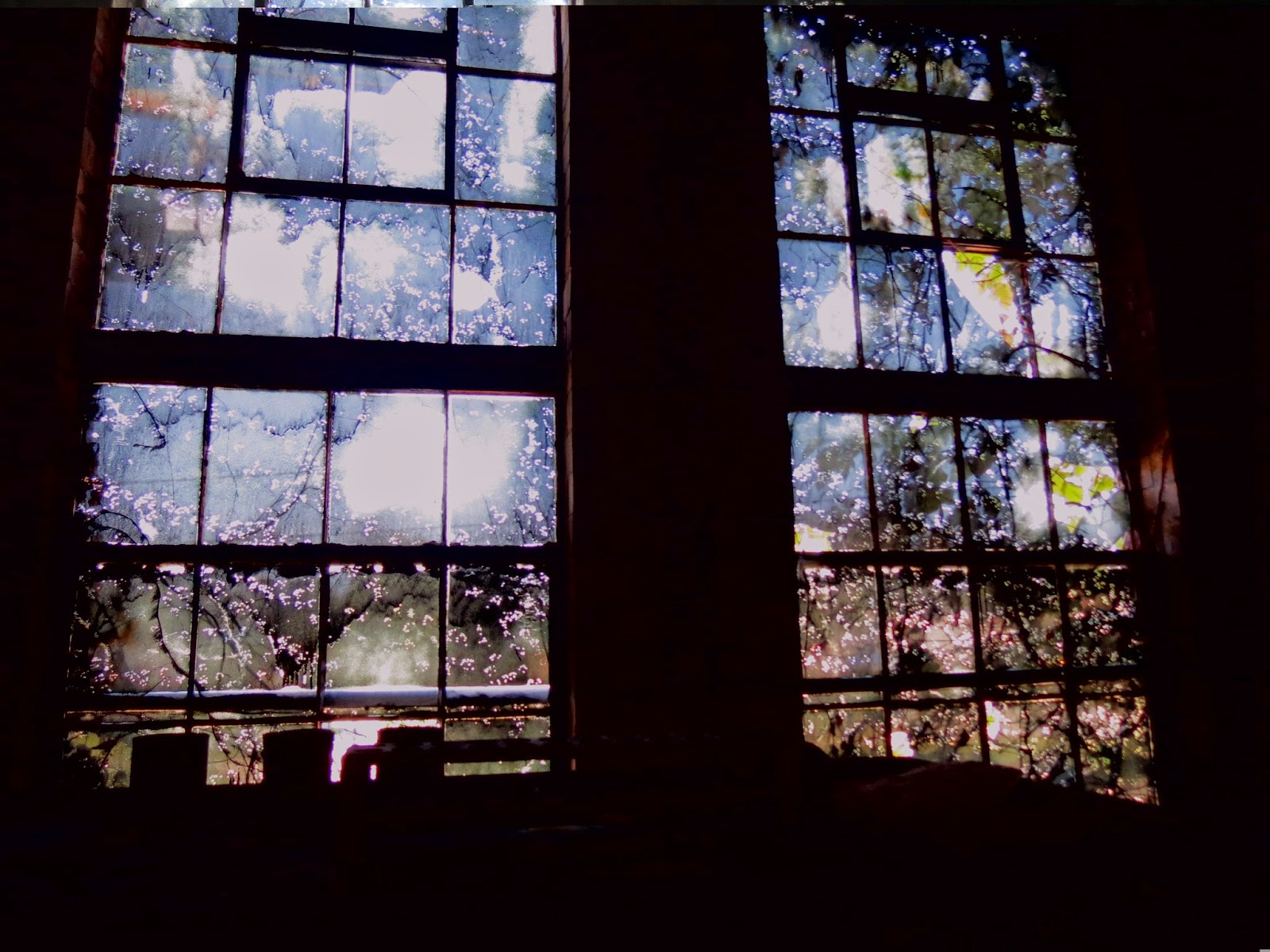 Final shot, inside looking out.    There is something oddly charming about windows like this.


Posted by Daedelus Houndstooth at 9:13 PM