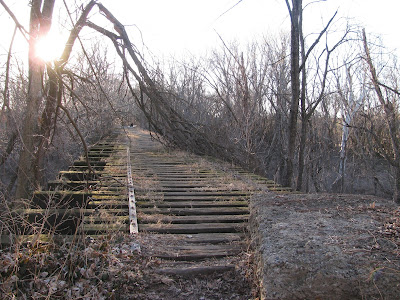 Over the stream of Silver Creek near Floyd County's Loop Island a pair of abandoned railroad bridges sit vacant and until recently were mostly forgotten.  The two bridges were one of my favorite areas to explore in Floyd County, but are now set to be turned into "rails-to-trails" incorporated into the Ohio River Greenway Project.  The bridges were dangerous to cross, and still are, but were close enough to each other to make a nice afternoon adventure.

The bridge furthest south was likely built first, but we do not have a date for its construction.  We do know that the bridge was a part of the Pennsylvania Railroad, which was founded in 1846.  It's Warren Truss Design, and the condition of the bridge, indicates a date somewhere in the latter half of the nineteenth century.  We are not sure when the bridge was abandoned, we have a source that indicates the line was still active in the 1950s, but its deterioration suggests it was some decades ago.  This bridge is planned to be the first of the pair opened on the Greenway.  If so they better start on the repairs sooner rather than later. 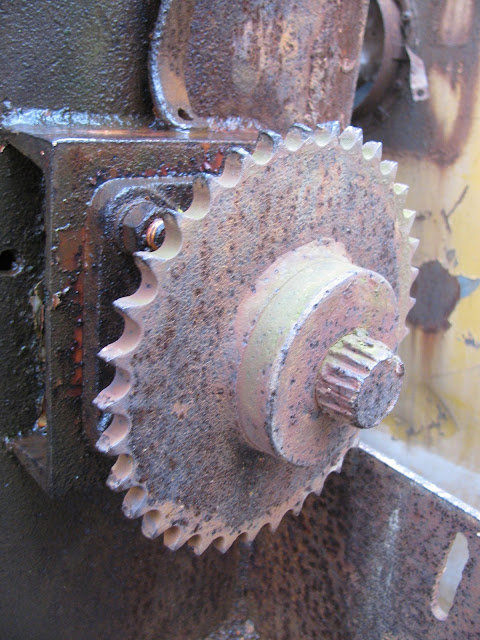 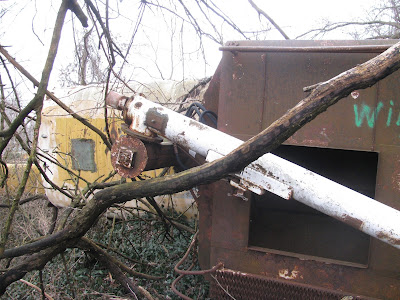 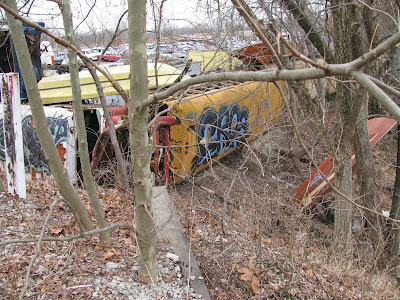 I was able to dig up a bit more information about the Pennsylvania Railroad bridge's northern neighbor.  The build plate confirms that this girder bridge was built in 1906 by the Riverside Bridge Company of Wheeling, West Virginia.  The bridge was built for the Baltimore & Ohio Railroad (B&O), which you may be familiar with if you've owned railroad property in the board game Monopoly.  B&O operated throughout the nineteenth and twentieth century, and eventually became part of CSX railroad company that currently dominates the East Coast railways.  It is unclear when the bridge was abandoned, but again we do have a source that suggests the line was open as late as the 1950s.  More evidence of the old B&O line still exists just a short walk away where another girder bridge crosses over Emery Crossing in Clarksville.