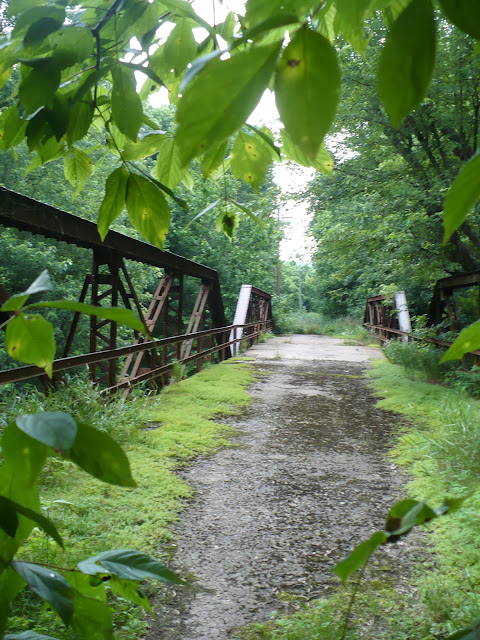 The grounds of the abandoned Indiana Army Ammunition Plant are littered with all sorts of structures and debris.  Today, we explore some bridges on the north eastern side of the land, now overgrown but still quite interesting.
Aerial view of the plant.  The iron bridge is pointed out in red, the piers of the concrete bridge in blue. 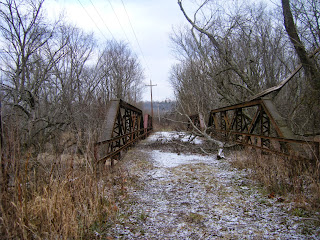 The first bridge we checked out was this riveted steel structure with a concrete deck.  When it was designed, I suspect that two cars could drive across it side by side.  This seems unlikely given the size of modern cars.  Records that we found indicated that this is the former path of IN 62, which has now been moved further north. 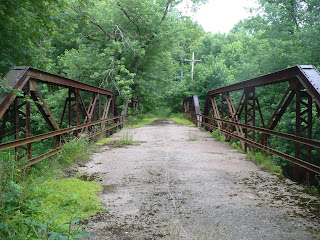 A summer few of the same spot.  The bridge looks pretty sound, but its clearly not been used in ages. 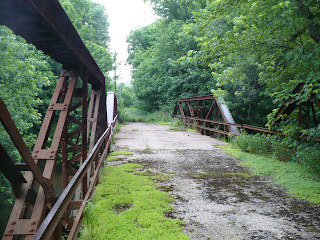 View of one of the sides.  This pony truss bridge was been built in 1927, and probably abandoned in the 50s?. 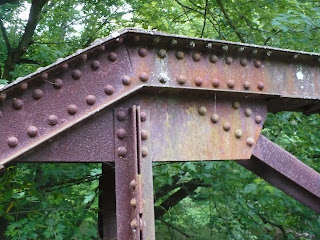 Close up of the rivets that hold everything together.  This old method of construction is rarely used today. 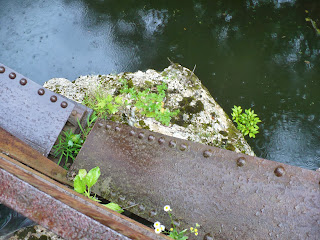 A shot of the bridge pier, looking down.  The pier seems solid enough. 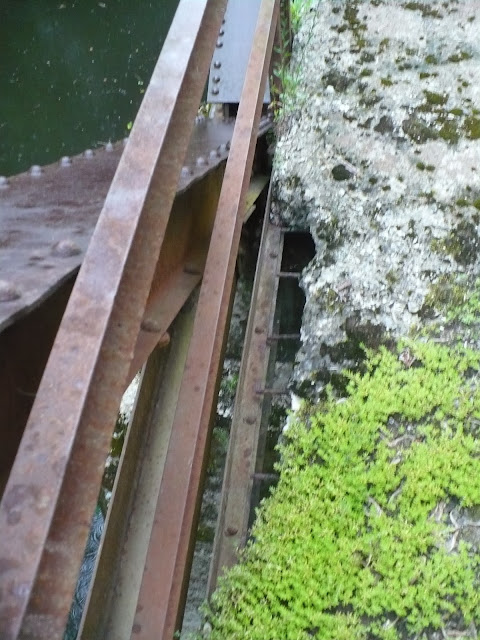 The road deck is a little sketchy along the edges, and you can see the steel reinforcement inside it. 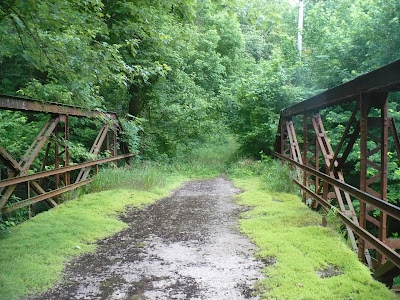 Another summer picture, with moss blanketing the deck and forest blocking the road bed. 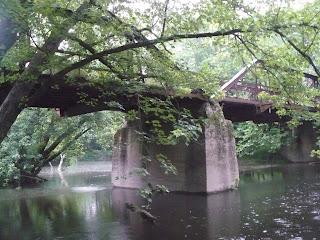 Side shot of the pier, from ground level. 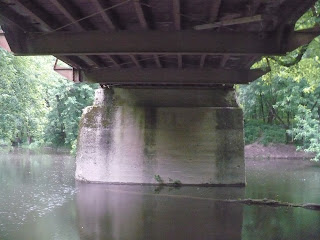 Another under side view. 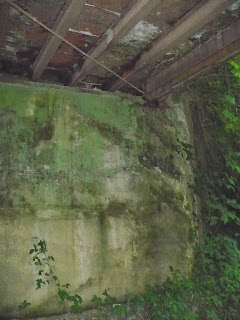 A shot of one of the abutments, turning green and red with moss and rust.  Strange place. 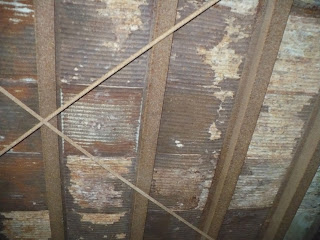 View from below.  The bridge was built by laying corrugated metal across the beams, and then pouring concrete over it.  This sheet metal has now rusted, showing the ripples still in the concrete. 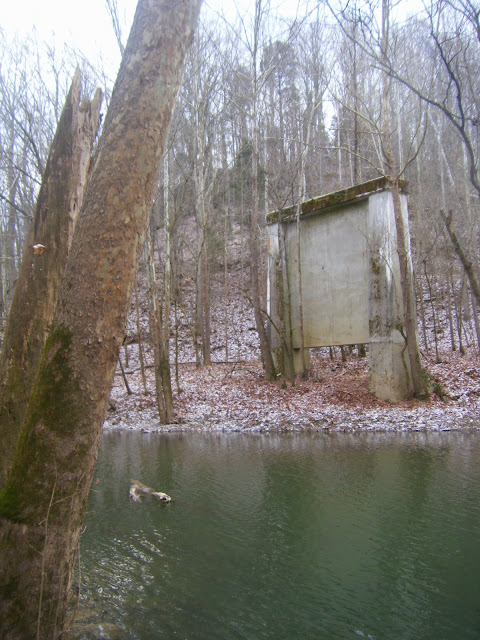 Large pier from the second bridge, in winter time.  It does not appear that this bridge was ever finished, as it does not show up in any survey maps.  It was probably being built for the plant, and was just never needed. 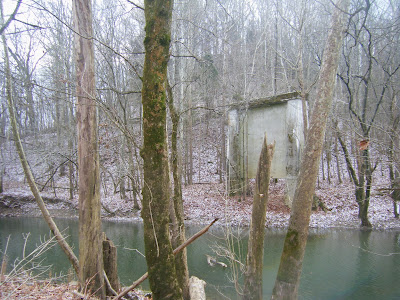 Another view of the pier.  There is a large abutment on the hillside, something we missed taking pictures of.  So it goes....