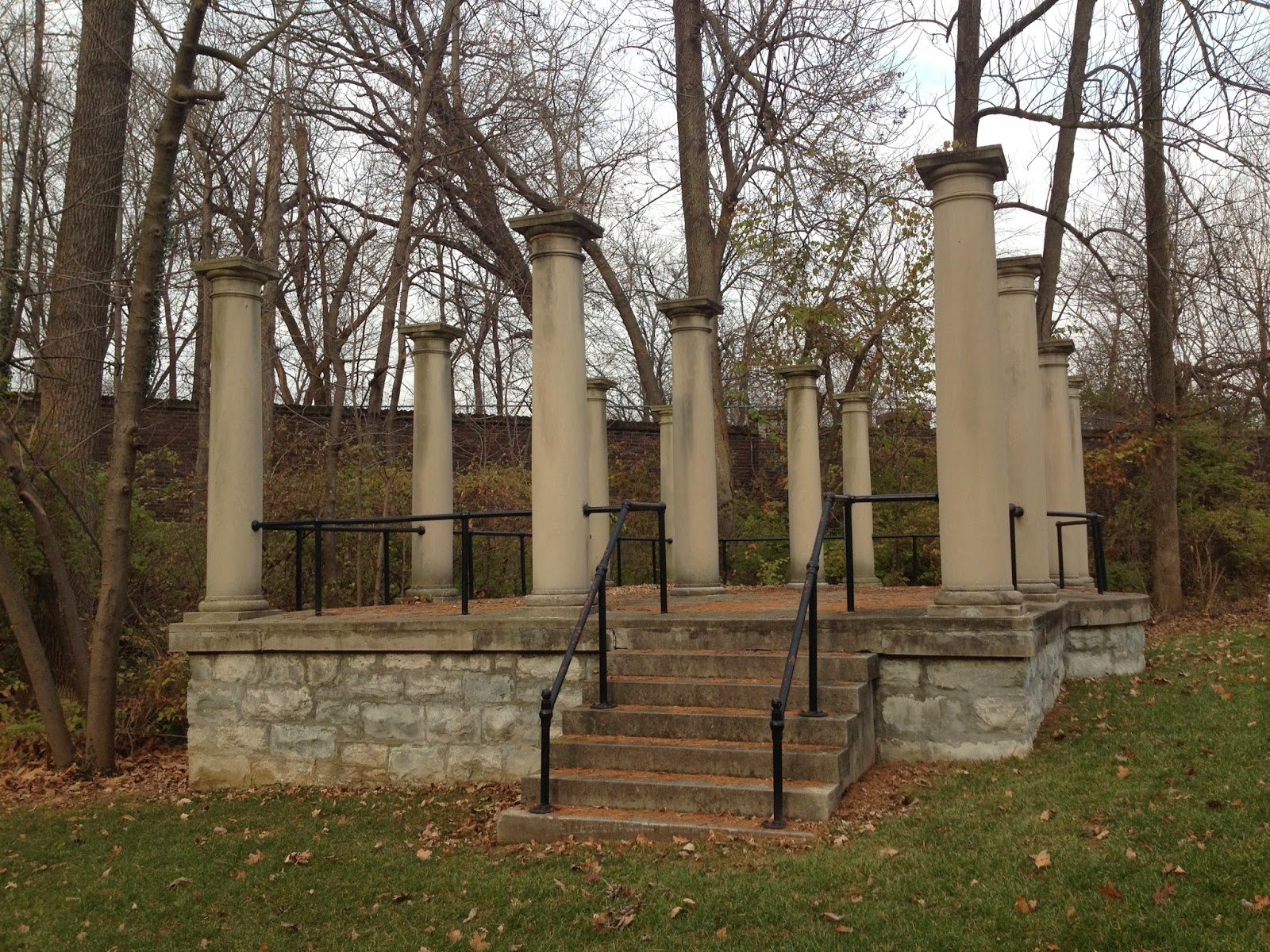 Located in the "military section" of the Cave Hill National Cemetery, this structure is all the remains of a rostrum constructed in 1898.  It was once a speaking platform for the various remembrance events and ceremonies held in this section of the cemetery.  It has not seen use in a number of years, and though somewhat conserved, it has fallen into relic condition. 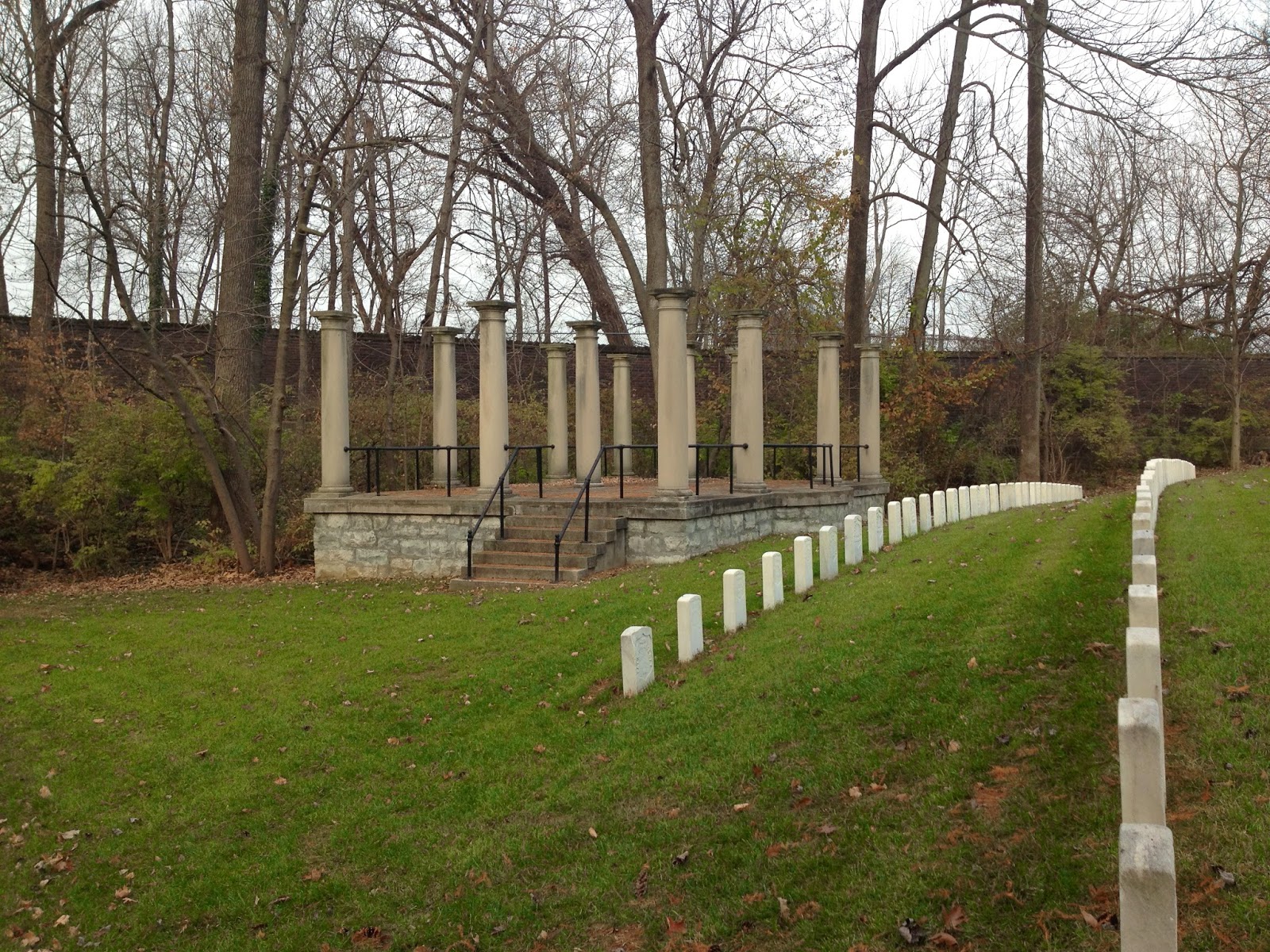 A view of the rostrum, approaching it from the side.  It sits at the base of a hill near a small pond. 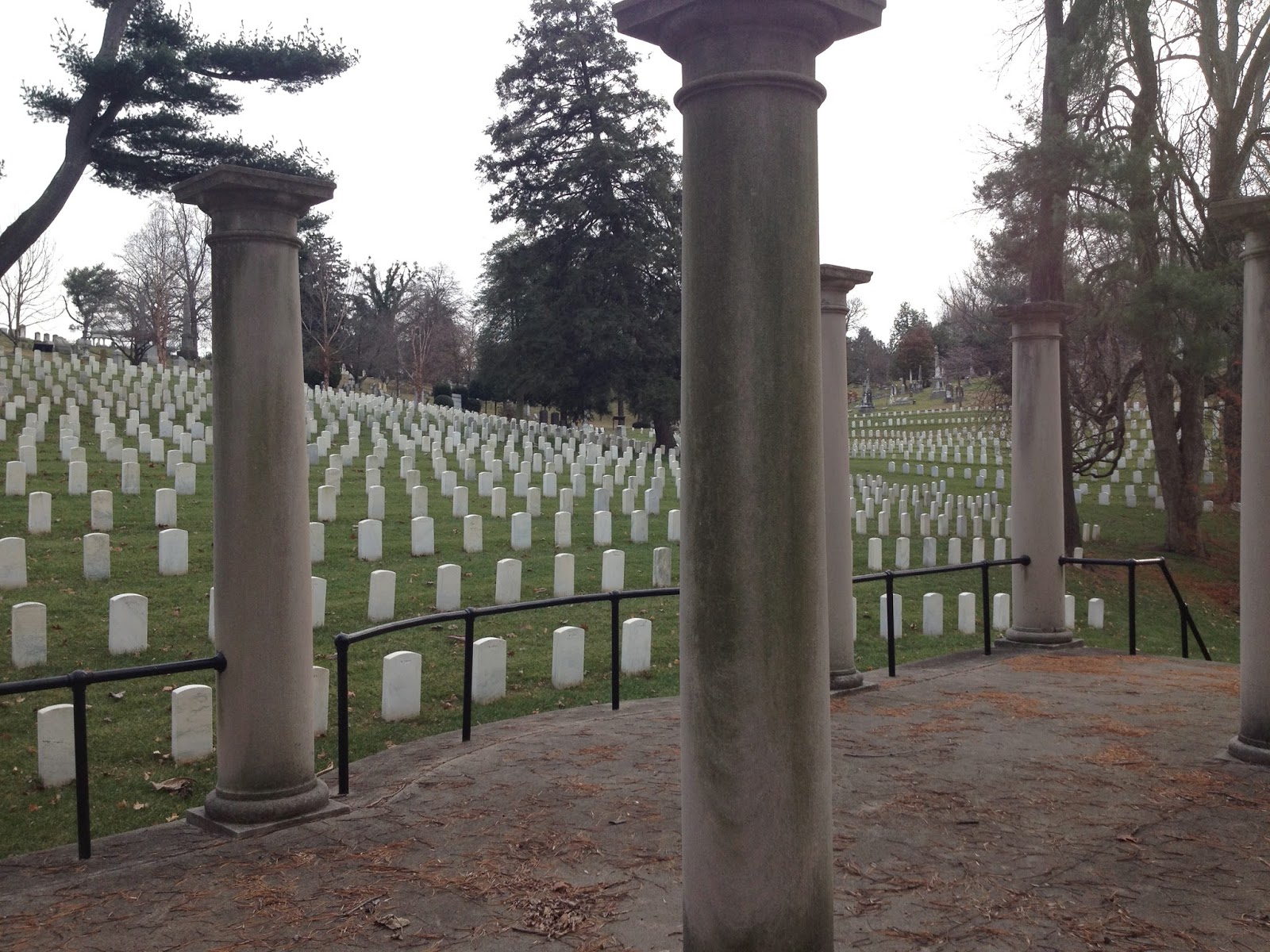 View from the rostrum, looking up the nearby hills.  When it was built, most of the graves were of Civil War soldiers, and it probably functioned to commemorate those dead in regular ceremonies held by different civic groups. 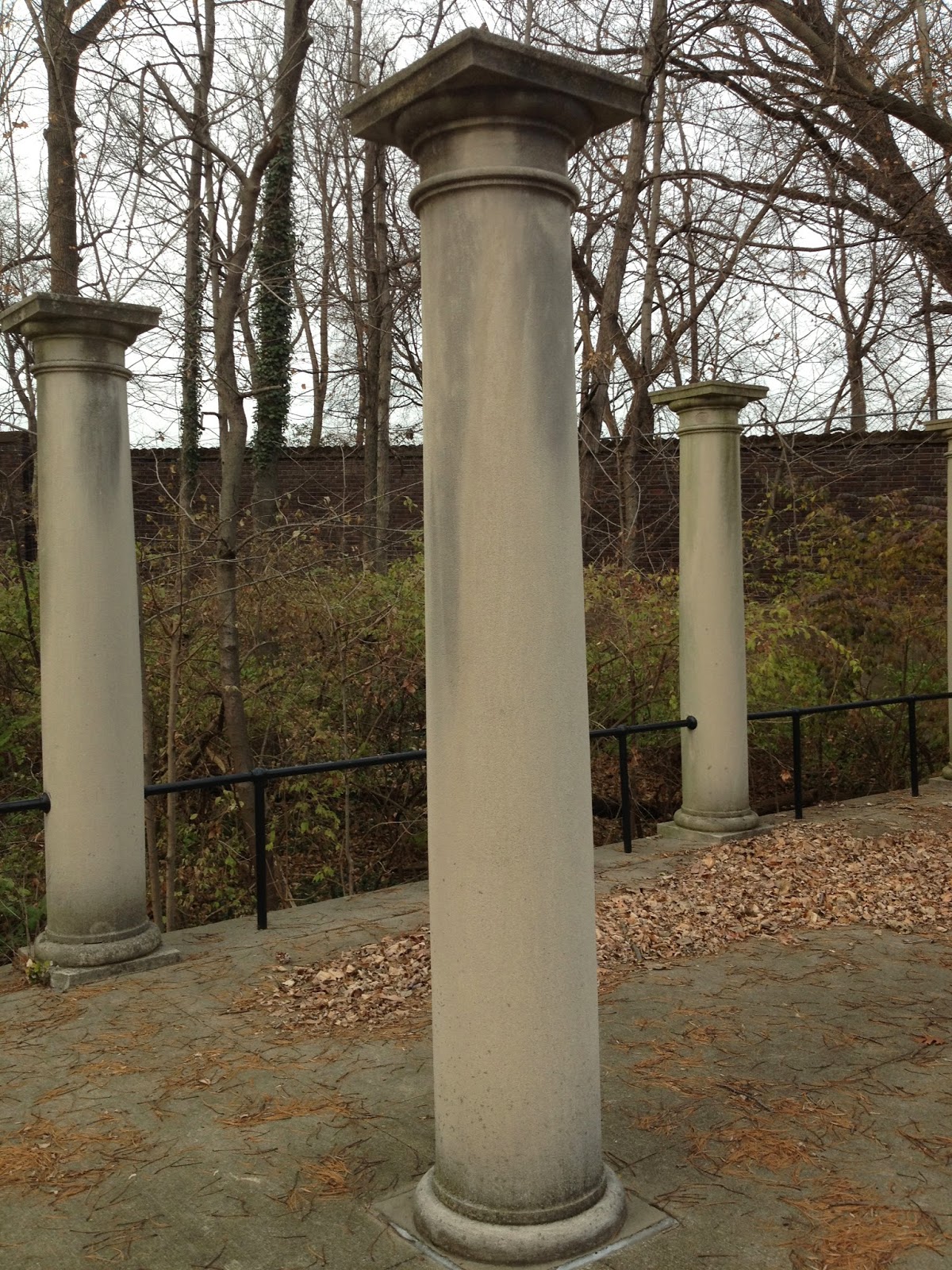 These doric columns would've originally held a roof, which is now long gone.  A better preserved example can been seen at the New Albany National Cemetery, as well as the Zachary Taylor National Cemetery a few miles away. 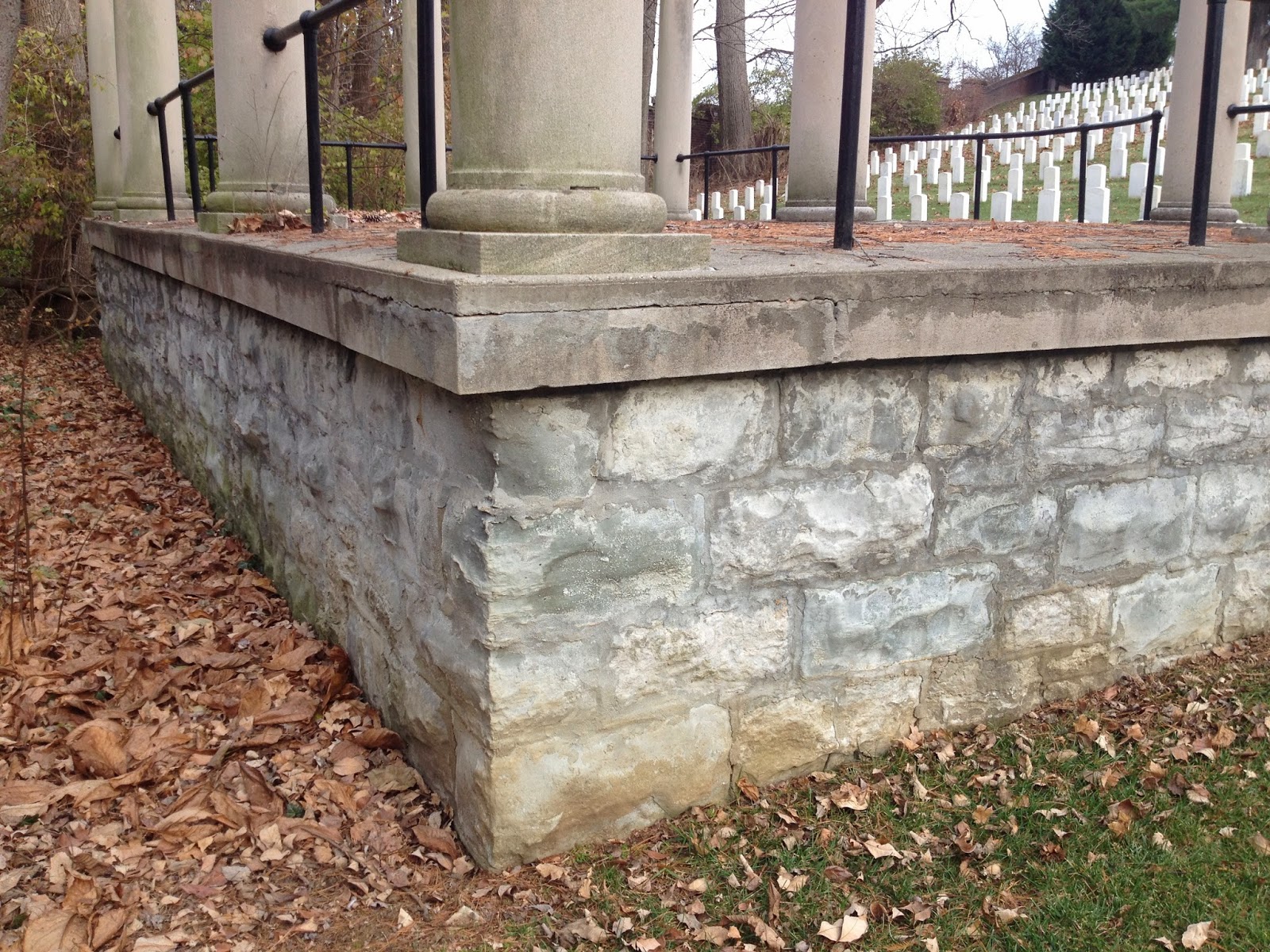 The structure sits on a cut stone foundation, an interesting touch in a cemetery built on an old quarry. 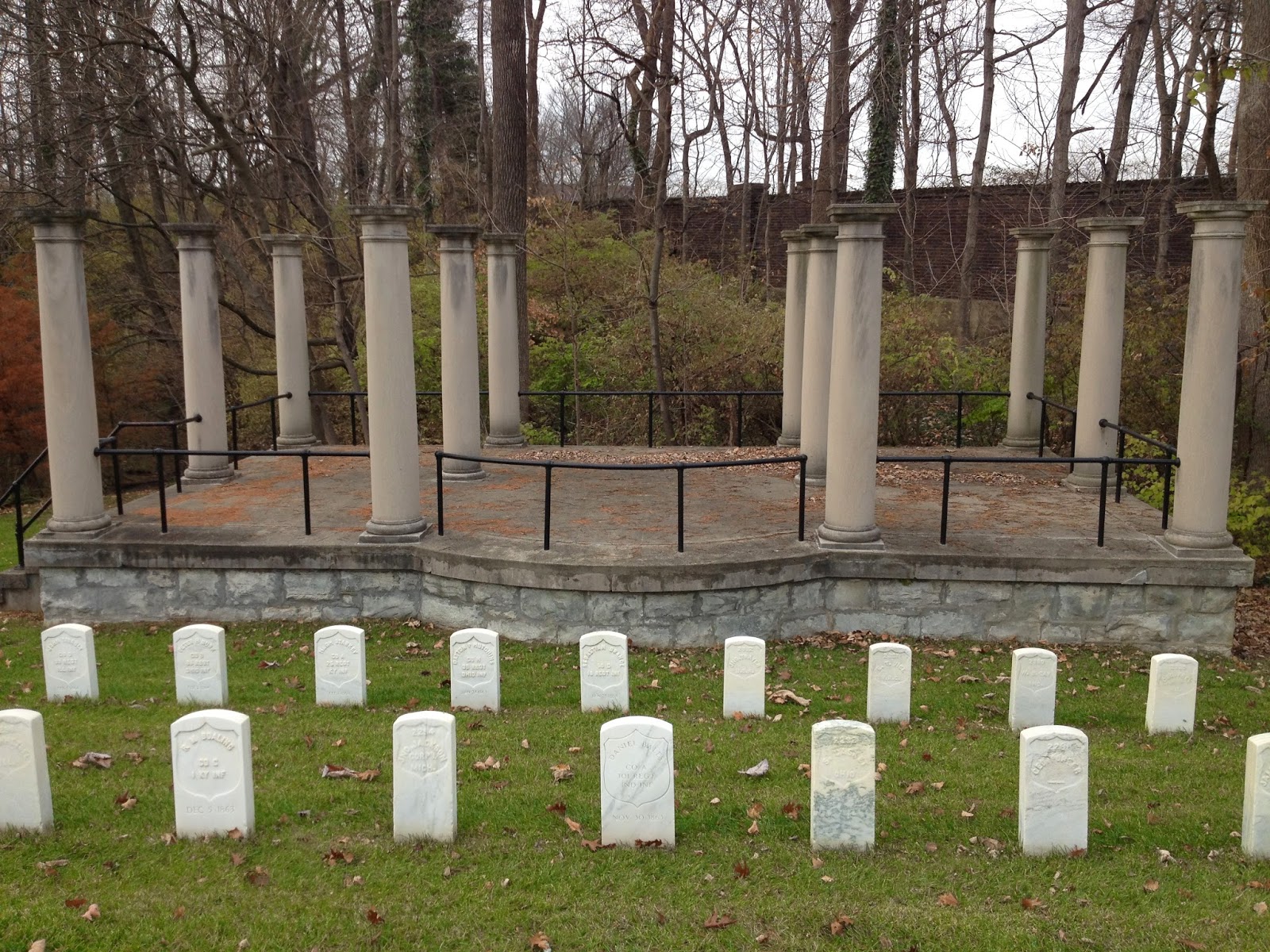 Front view, looking down hill.  The cemetery walls is visible in the background. 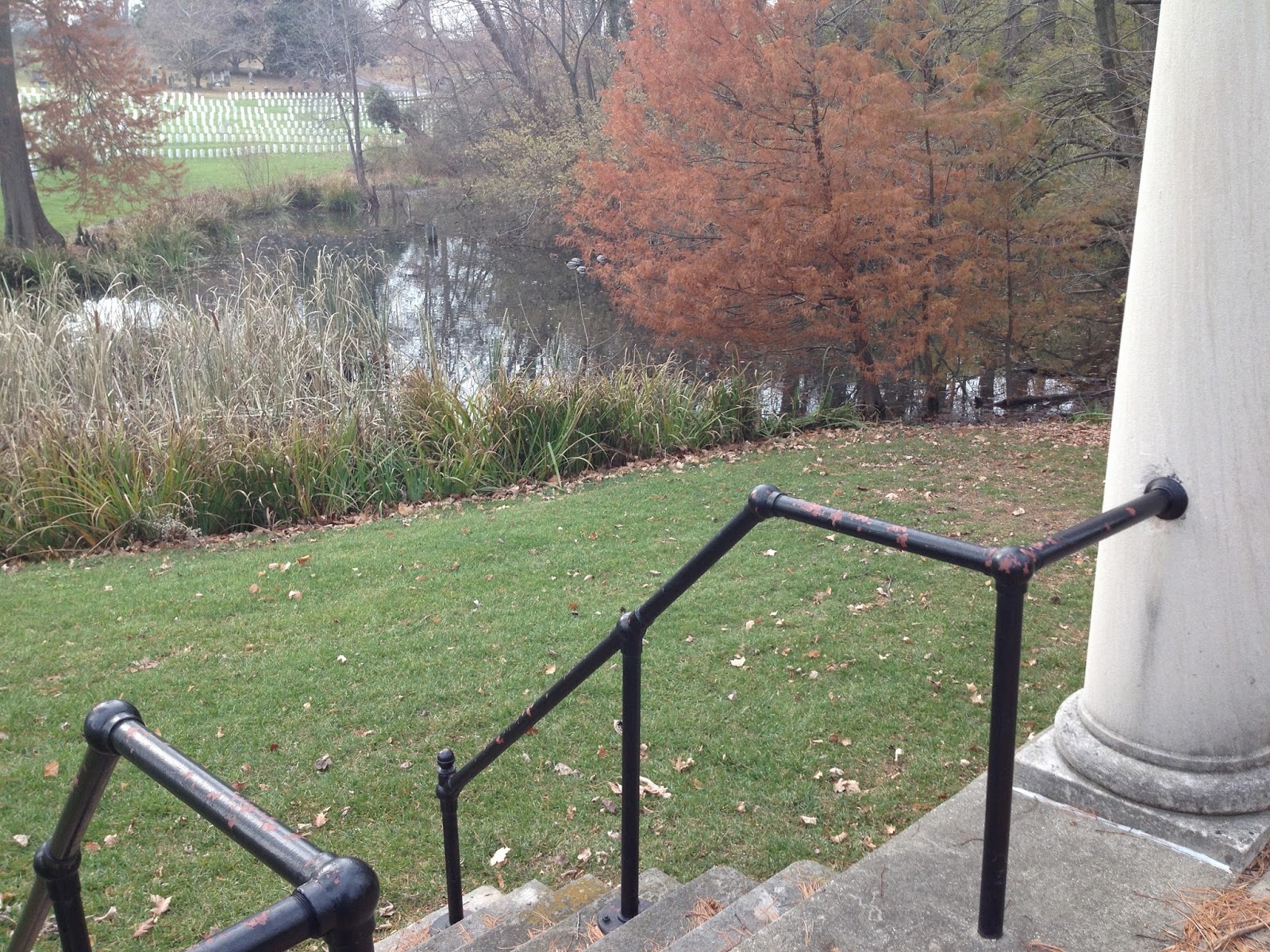 View down the ramp, heading towards the nearby pond that is often fulls of ducks. 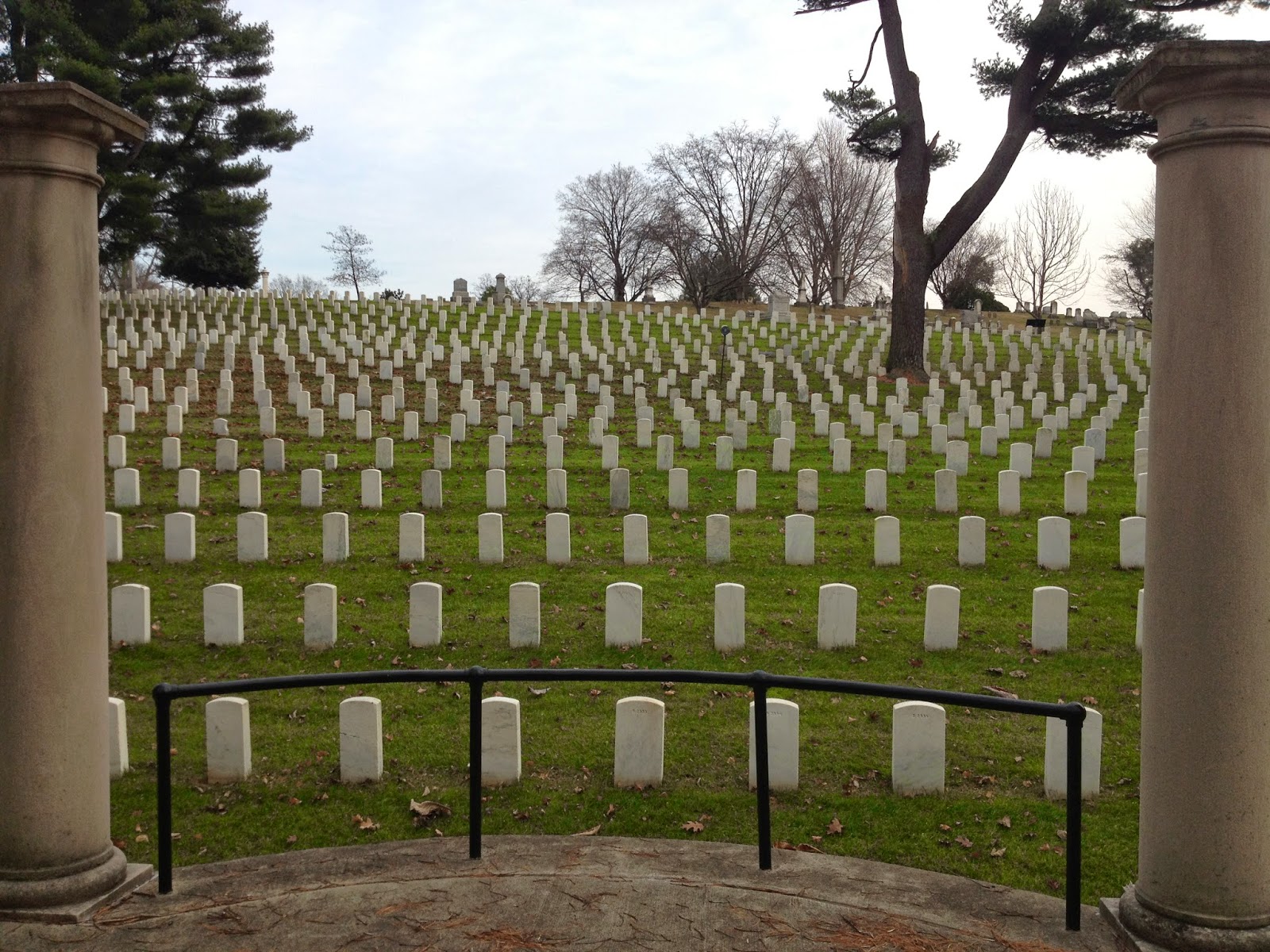 Military cemeteries are usually massive in scale, or at least they feel like it.  Civil War casualty estimates vary, but a general figure is 650,000 or so.  Its hard to conceive of such loss in modern times.  Cave Hill's military section holds around 5,500 people, meaning that it could hold almost all of the dead from both the wars in Iraq and Afghanistan. 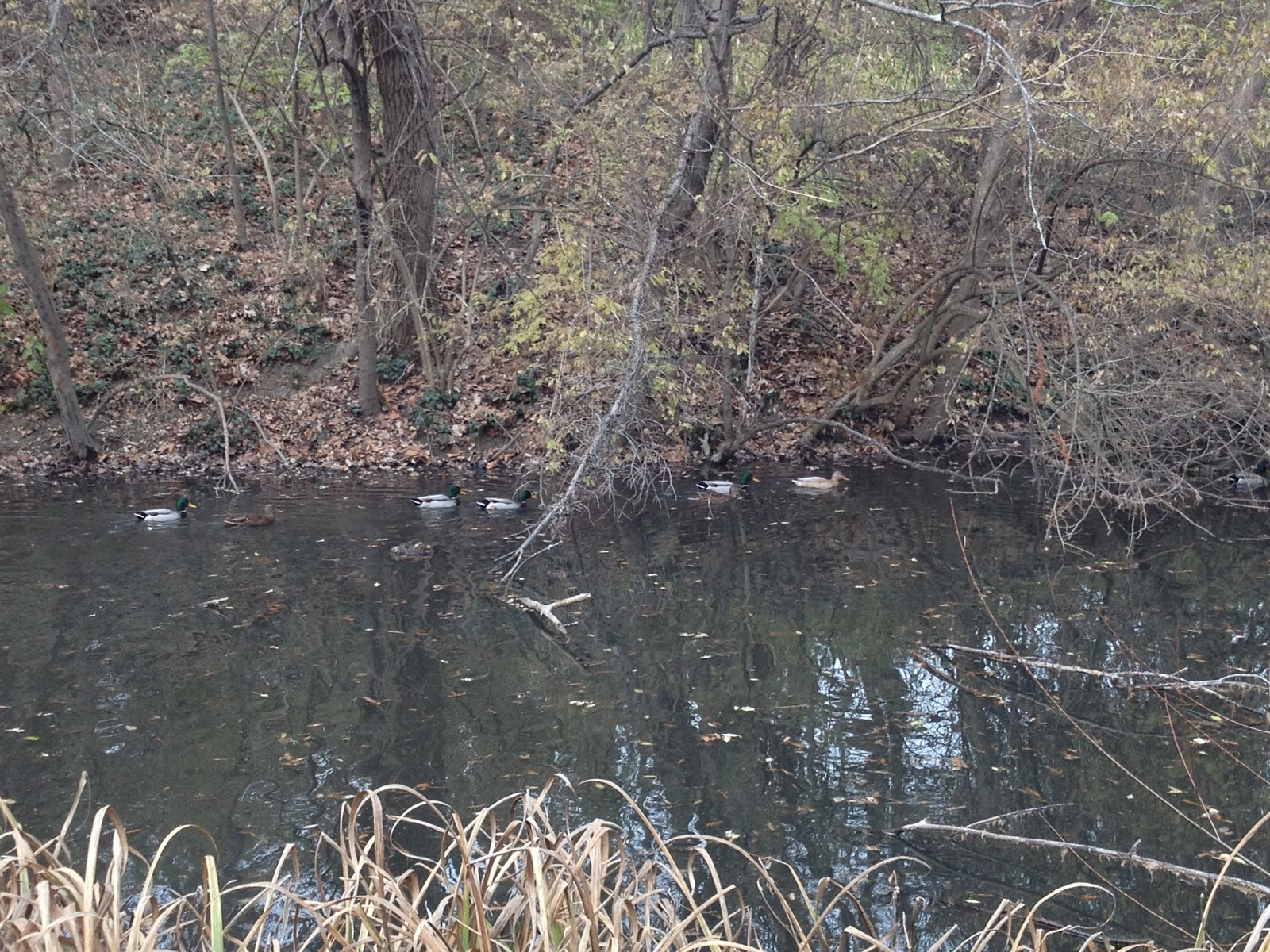 Mallard ducks hiding along the bank of the pond.  While most wildlife at the cemetery is pretty friendly, my wanderings spooked these little guys. 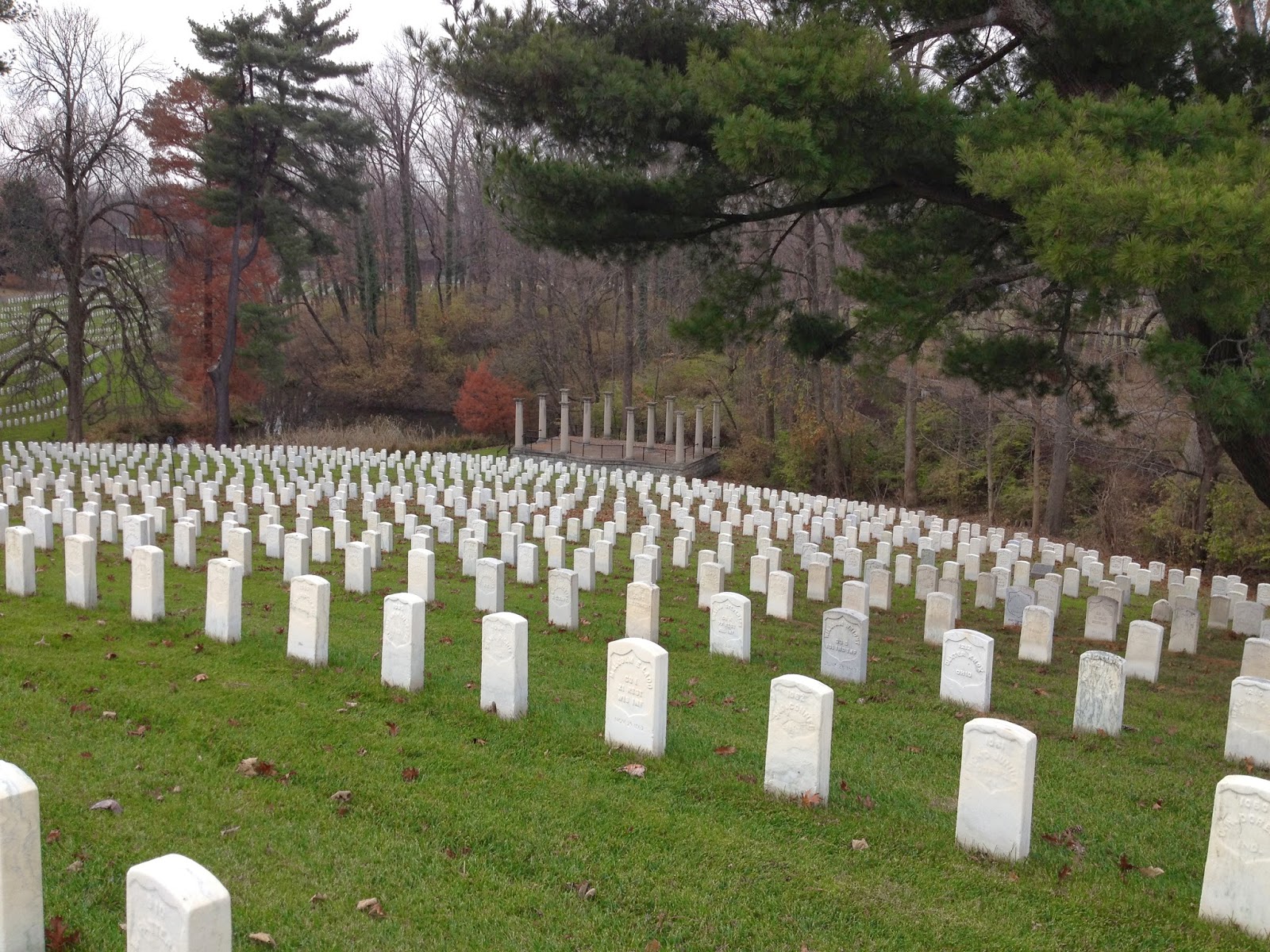 A final, departing view of the rostrum.  There will be another post about the cemetery at large in the coming months.