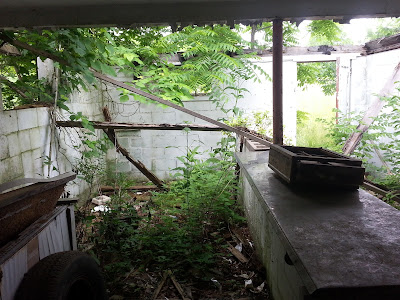 We stumbled upon this abandoned drive-in in the backwoods of rural Indiana.  Only the main building consisting of a snack bar, restroom and projection room remained, but to our surprise it was full of interesting artifacts from an age of Americana long gone.  In this post we'll first take a brief look at the rise and fall of America's drive-in theaters, and then check out what we found inside this particular facility.  Stay tuned and read on.

The drive-in prospered for just over a couple decades as one of America's favorite forms of entertainment.  However, finding itself now in the twenty first century, it has spent almost twice that amount of time in decline.  Starting in the 1970s and continuing into the 1980s the drive-in started to decline with the increasing popularity of in home entertainment such as cable television and VCRs.  Now in the age of in demand entertainment only a few hundred drive-ins survive in the entire country, and while many continue to struggle and close their doors, others have manage to create a niche in the nostalgia market.  However, as we shall see, this particular establishment was not so lucky. 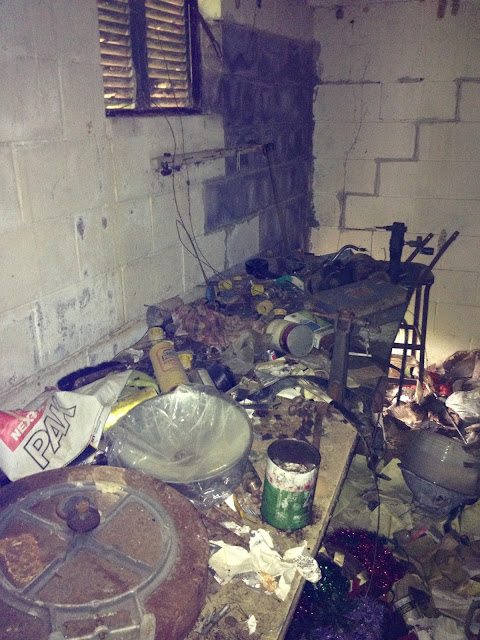