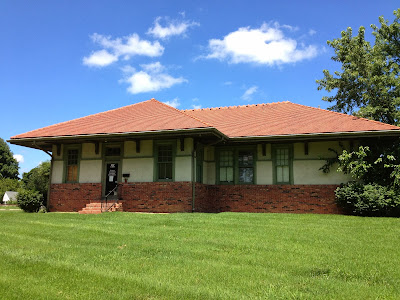 La Grange, Kentucky, is an interesting small town.  Like many small towns in the region, the town square is built around the railroad tracks that run through the town.  Somewhat uniquely, the tracks in La Grange actually run right down the middle of Main Street.  Building on this heritage, the town features the motto "We're on track" in several places.  Join us today as we look at their restored railroad depot and museum.


While the trainstation has been in decent shape for as long as I can recall, only recently has La Grange tried to capitalize on it's history in some meaningful way.  With the addition of a new museum and the display of a locomotive out front, the depot is actually a place to visit now.  In years past, it simply housed various commercial activities, and was something to be driven past.

A small spur of track was recently placed outside the station, and on it now rest an old steam locomotive.  Oddly, the engine is actually British, and to my knowledge would never have run on the lines, but its neat anyhow.  See this link for more info about the engine itself.


Those who are more familiar with locomotives will note that this engine is missing a lot of parts.  This is because it was actually going through a restoration of some kind (according to someone involved with it) before it was moved to La Grange in August of 2011.  Other sources indicate that it was in a junk yard, which may be true, but in my experience scrappers usually take things apart with a blowtorch, not a wrench.  You be the judge.... 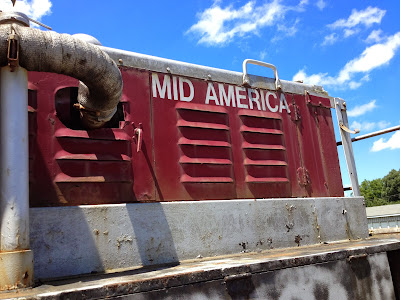 We will update this post as more info becomes available.  I look forward to seeing this place grow.


Posted by Daedelus Houndstooth at 3:51 PM