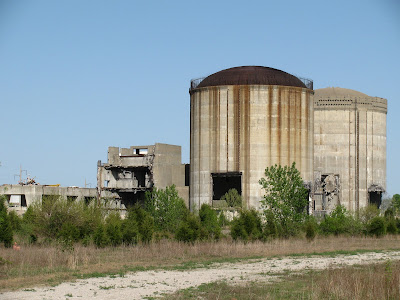 Marble Hill was a nuclear power plant that began to be constructed in 1977 and was never finished.  The plant was abandoned by the company now known as Duke Energy in 1984.  The abandoned cooling towers of the plant were visible driving the back roads of Jefferson County, Indiana for two decades until the scrapping of the plant began in 2005.  These photos were taken in the midst of the scrapping process and the towers came down not too long after that. 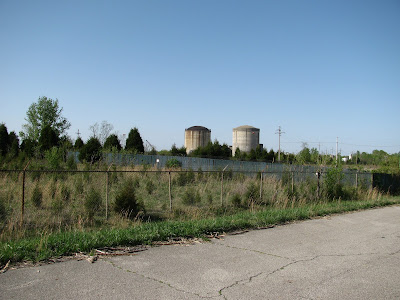 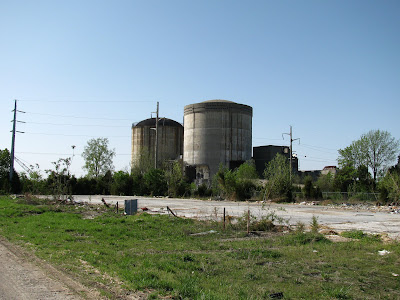 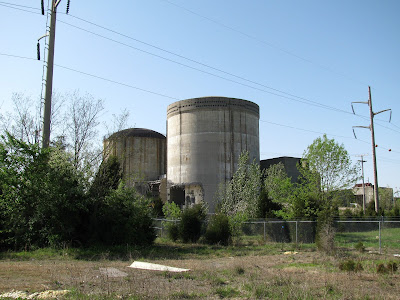 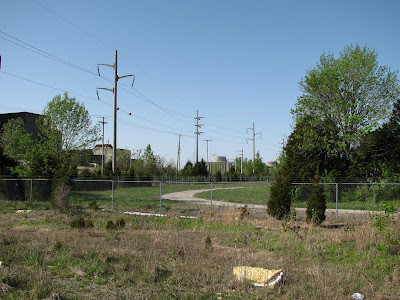 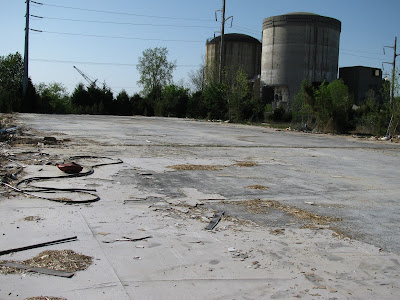 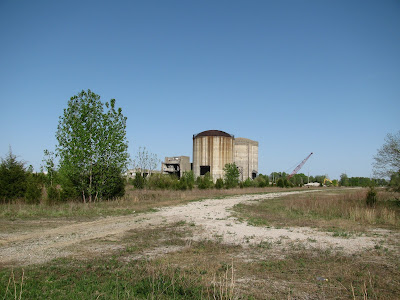 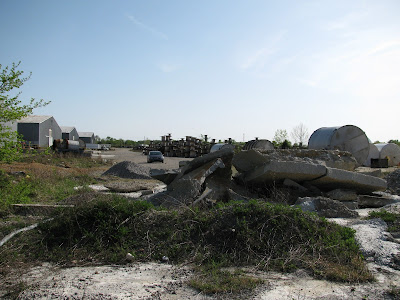 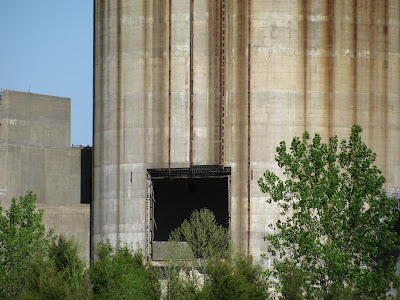 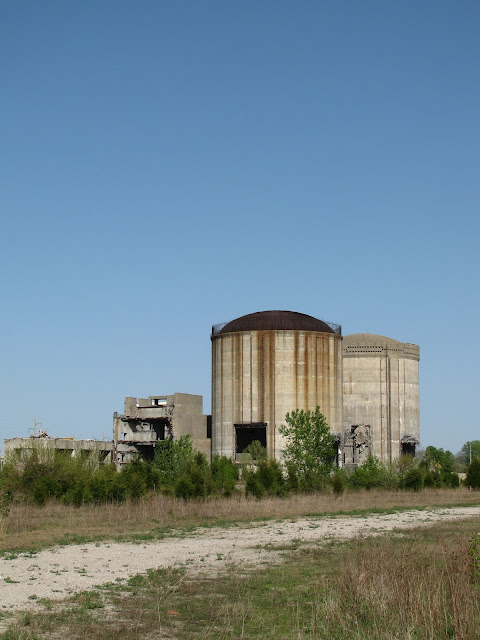 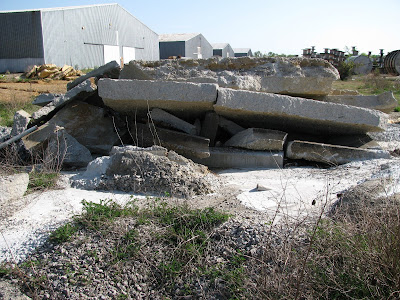 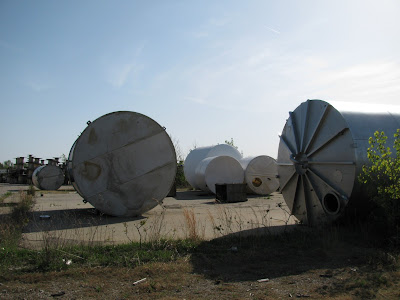 For more posts similar to this one, click here.
Posted by Unknown at 8:16 PM