16" Naval Gunpowder Bags, as made at INAAP, Charlestown, Indiana 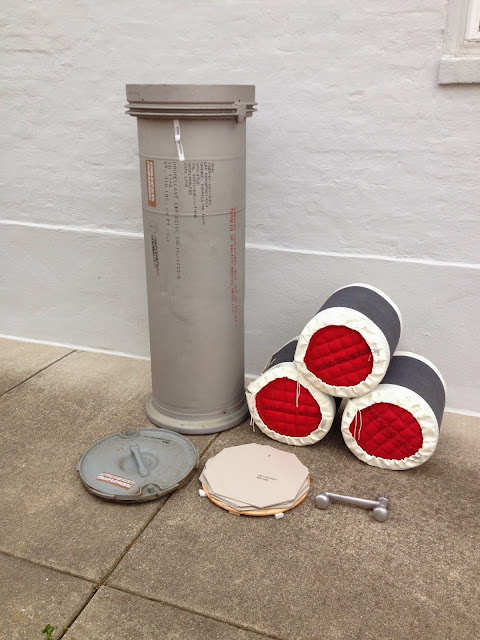 Perhaps the most famous product of INAAP, the 16" naval gunpowder bag is a sight to behold.  A whole bunch of these were recently disassembled for scrap, but I was lucky to get photos of one that had neatly disassembled and restored as a collectible.  Check out the photos inside.... 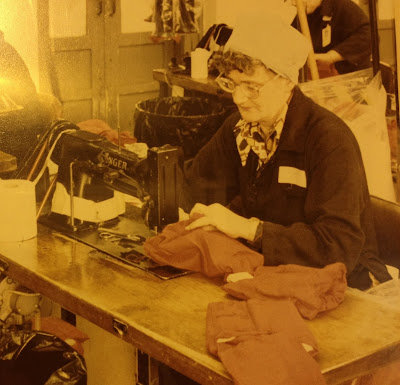 A period photo from the bag plant, showing a worker running a double-needle sewing machine.  I believe this is one of the models powered with air pressure.  It would've used stainless needles as well, to prevent sparks and explosions.

Rather than use a giant shell casing, the 16" naval gun uses separate bags of powder that are loaded behind the projectile.  The breach of the gun, a plug that blocks the barrel from the rear, is closed and then the gun can be fired. 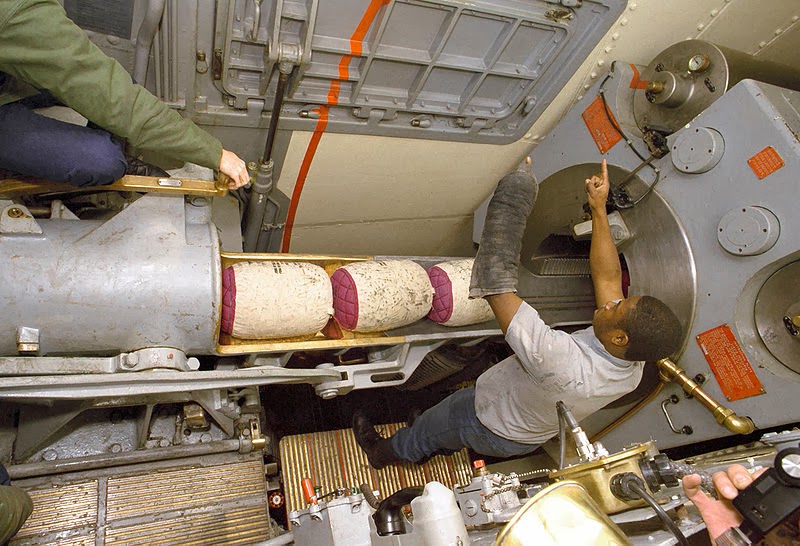 Photo from the battleship Iowa, showing the bags being rammed into the chamber of the gun. 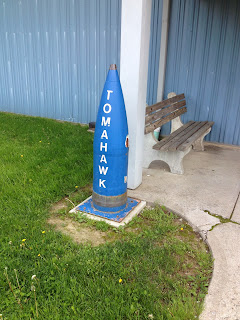 16" projectile, as fired from a naval gun.  This would've been propelled with six bags, going nearly 24 miles.  This example is sitting in front of a VFW in southern Indiana. 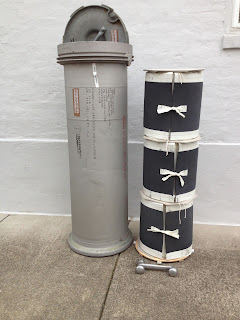 Complete bag/can assembly.  The can is made out of aluminum, for its light weight, corrosion resistance, and lack of sparking power.  Each can held three 100 pound bags.  The gunpowder was emptied from these bags, and replaced with an inert filler that replicates their shape, but without the weight. 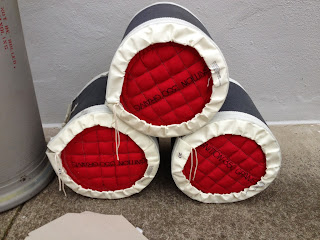 On bottom of each bag was separate, quilted pouch, full of black powder.  This served as an ignition point for the large, less reactive grains.  The gunpowder had to be removed from each square, one at a time, in order to preserve the appearance of the pad. 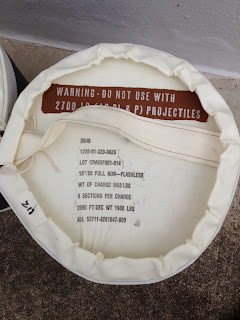 Stenciling on the bag.  As I understand it, this example was made at Crane, near Bloomington Indiana, though many many were made at INAAP.  While this bag is made of a cotton-canvas material, World War Two bags were actually made out of a raw-silk fabric that resembled burlap. 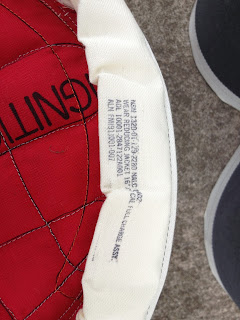 Stenciling on wearing reducing jacket, placed on the cotton trim. 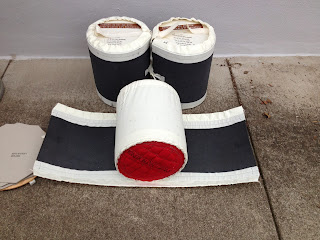 Each bag was wrapped in plastic, wear reducing jacket.  This prevented the hot gas from the burning powder from eroding the chamber of the gun.  This was temporary, of course, as liners too burned away.  However, the temporary protection of the jacket was enough to make it worthwhile, increasing barrel life and saving a great deal of cost and effort. 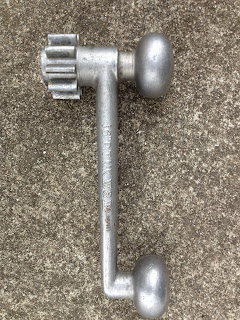 Aluminum crank, for opening the cans.  I believe they are cast..... 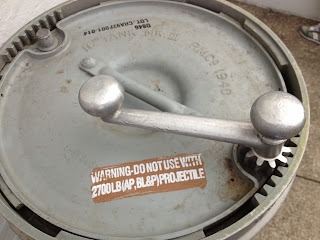 Handle in use.  It cranked the lid open or shut.  Note the 1940 date.  All observed cans were WW2 dated, or earlier. 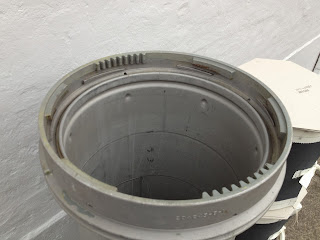 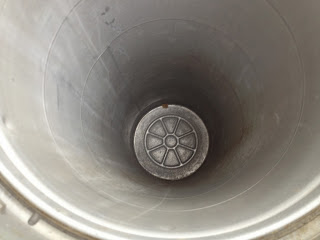 Bottom of can, embossed for strength. 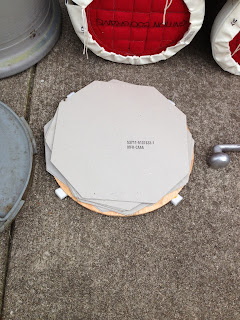 The cans were filled with cardboard and wood spacers to prevent shifting during shipment. 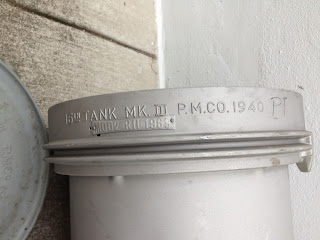 This can was retrofitted postwar, making it longer.  This was because of a change gun design, and accordingly the powder used.  The weld seam can be seen in some photos. 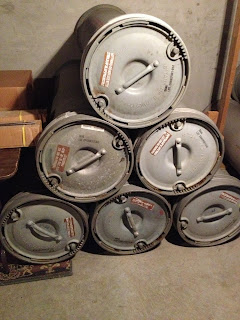 Pile-o-cans, in storage.  They have lips and tie down points for easy handling and storing. 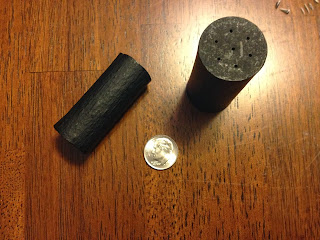 The powder grains that came from bags.  Note the size, when compared to a dime.  These were made on a giant press, like pasta.  Hundreds of these pellets would be stacked in the bags in a honeycomb fashion.  The holes going through them allowed the powder to burn quickly and evenly. 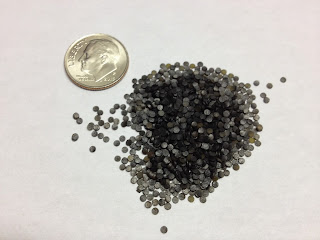 Example of the small, finer wafers of M-9 flake powder, as used in mortar rounds.


If you are wildly interested in the topic, here is an old training video for the 16" guns.

Posted by Daedelus Houndstooth at 9:30 PM