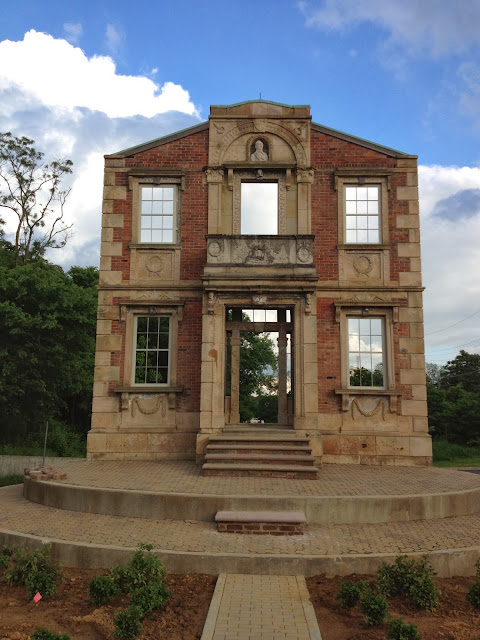 This facade is all that remains of the old Heigold House, built in 1853. We recently poked around it for a photo tour.  Check out our shots of this strange place....

Along the banks of the Beargrass Creek, Between River Road and the Ohio River, once sat a neighborhood known as The Point.  Full of mansions, it consisted largely of wealthy expats from New Orleans, earning the nickname "Frenchman's Row."  After the flood of 1937, as well the expansion of the nearby city dump, the rerouting of a creek, and the building of a park, it was pretty much leveled, though the streets still officially existed until recent redevelopment. 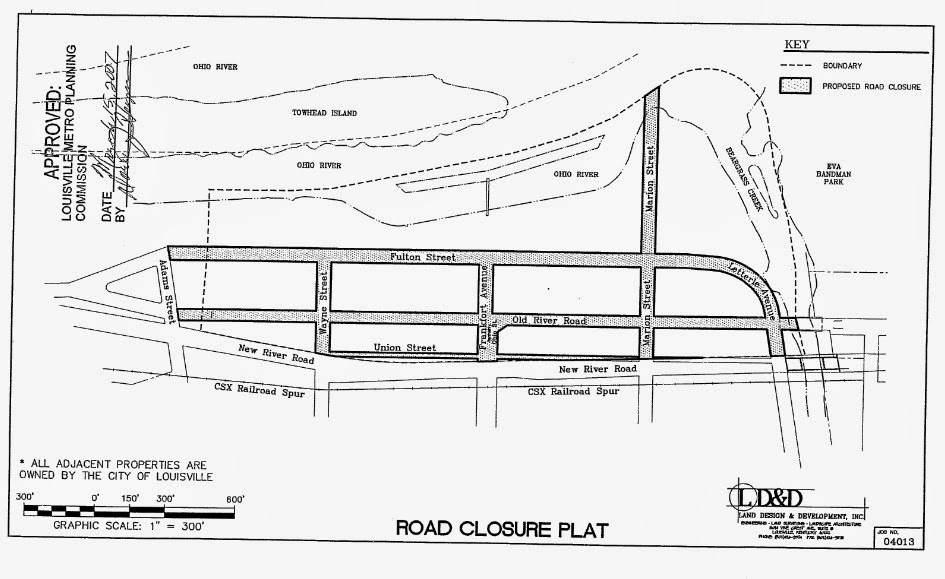 2007 demolition plat for the area.  All of the shaded streets are now gone.  The Old River Road bridge shown on the right-hand side of the plat still exists, and is featured here.  Everything else is gone.  The harbor has been reopened, and expensive condos are being built on the left-side of this drawing. 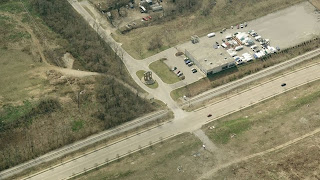 The facade was recently moved to a roundabout near the junction of Frankfort Ave and River Rd in Louisville, Kentucky.  It had been a few blocks away, but was moved so that the aforesaid condos could be built. 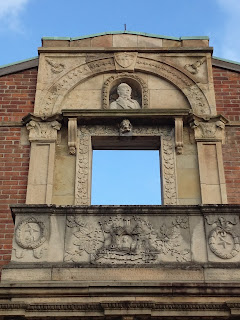 The facade is all that remains of a row of mansions, and features carvings as well as a bust of president James Buchanan, (whose name was spelled wrong on the stonework.) The builder, a German immigrant named Christian Heigold was in love with his new homeland, and made every effort to cover the facade of the house in patriotic imagery.  Its possible that this was done in an effort to avoid the savage anti-immigrant sentiments of the period.  Among the choice phrases:

"Hail to the Union never dissolve it"
"Hail to the city of Louisville"
"Hail all men of the U. States" 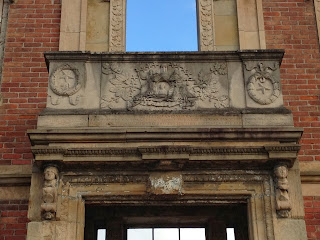 This carving features George Washington, along with the phrase "George Washington, the first president on the United States.  The man whose greatness has never been surpassed, to whom Americans thank their freedom and the world owes its love and esteem."  Herr Heigold was not subtle.  At one time, this balcony was finely painted, though its all gone now. 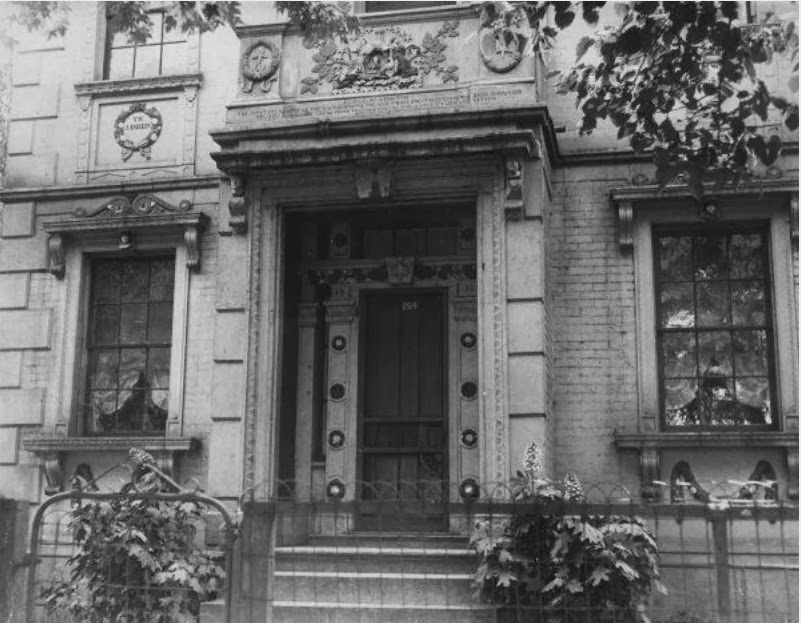 The house was sold to the city of Louisville, and eventually torn down in 1953.  Due to the efforts of local conservators, the facade was saved and rebuilt at a cost of $5,000.00 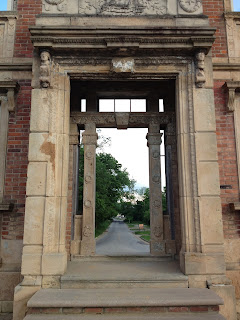 Front doorway view.  The road behind it is Frankfort Avenue. 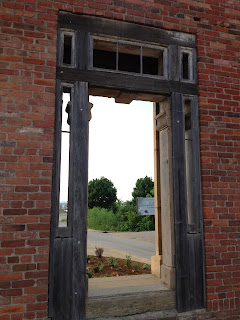 Rotted wooden door trim.  Perhaps this is original?  I suspect not. 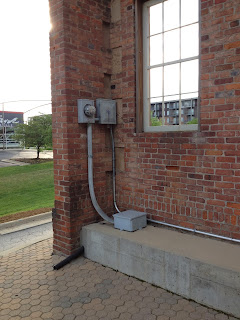 Yup.  The facade has its own meter and electric box.  I guess this serves a purpose. 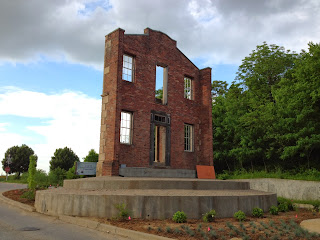 Rear view.  The facade is mounted on a strange, round pedestal.  Some greenery grows around it. 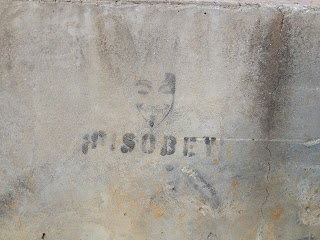 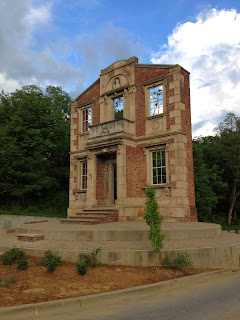 The facade, as well as another nearby abandoned structure were both placed on the National Register in 1978.  Here is a link to a pdf of the application, full of more info.  We will be doing a post on the other structure one of these days, known as the Paget House.