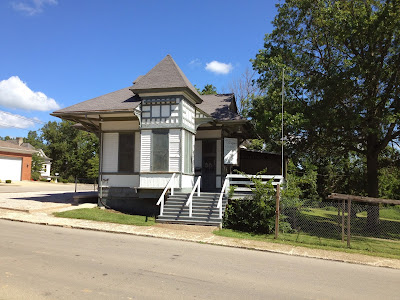 This is the former Louisville and Nashville Railroad Depot in Shelbyville, Kentucky.  Closed as a station in 1971, it was moved to its current location shortly afterwards.  It is now privately owned and well preserved.  We made this photo set on a recent trip through the area.

The first thing you will notice when you visit this old depot, is that it is nowhere near the tracks.  This is common anymore, strangely, and at first I assumed that the old spur running to it had simply been ripped up.  After some research I discovered that this wasn't actually the case, rather it had been moved as part of the preservation process.  While the property lost some of its context and character, it did permit it to be preserved, so I won't judge here. 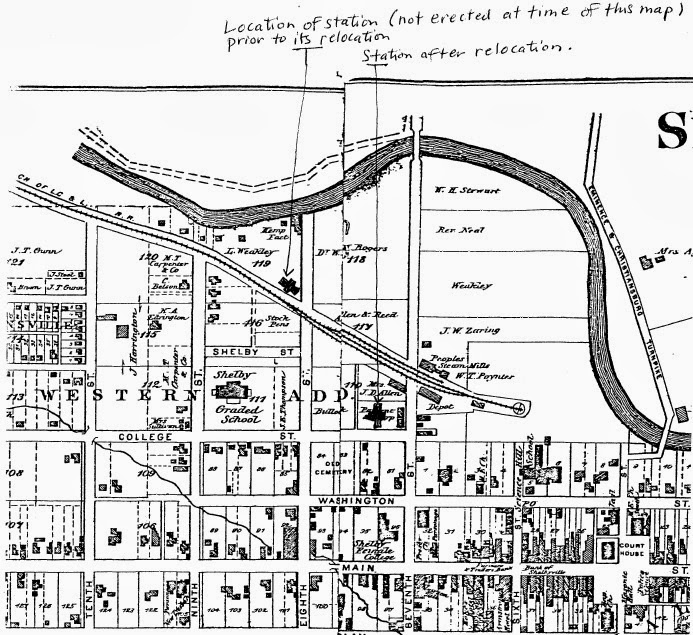 This is a map comparing the two locations, from the National Register of Historic Places. 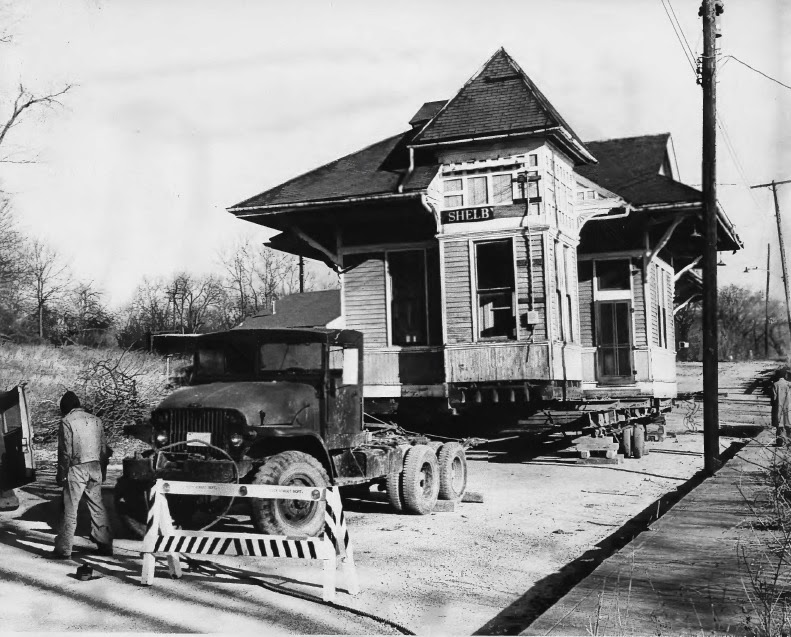 Train depot, on the move!  This is a rather interesting shot to me.  A train depot being hauled by truck is probably a rare event.  Of note is that it looks to be a surplus army truck, a Cadillac M-221.  This is an odd choice, as I believe the truck has an automatic transmission, not something I'd use for this... 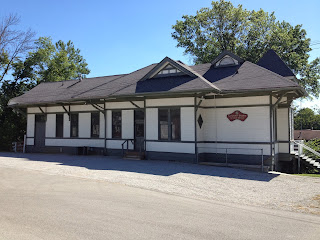 The depot today.  It's now a little ways from the track, situated on a hill side and a new foundation.  In its original location, it was bracketed by a pair of active tracks, limiting its usefulness.  Since being trucked here, it has had several commercial lives.  It currently houses an interior design business. 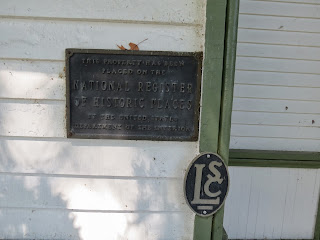 Unlike most places I've seen on the register, the depot actually has a plaque describing its status.  Unsure about the LSC badge.  Any railroad guys or gals out there? 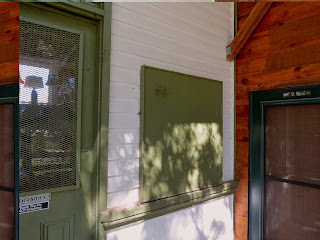 Much of the old character has been preserved, including this corkboard, used for announcements. 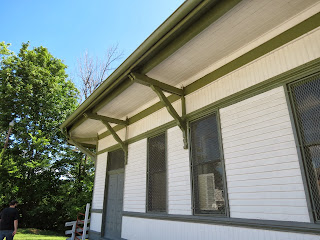 Most depots are rather spartan in their design, although the usually feature some interesting carpentry details.  Note the various trim pieces and their contrasting paint jobs.  The railroad was practical, although some effort was made to make the place visually appealing. 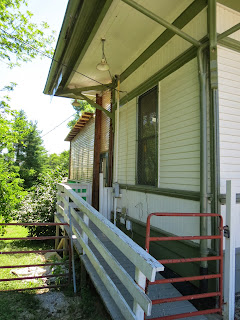 Note the round gutter pipes.  This is period correct and probably original to the building.  Not sure about the ramp though, this could be an ADA modification? 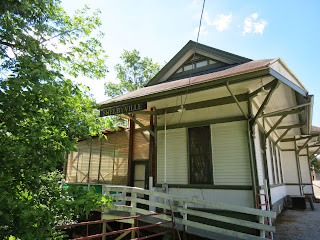 While is is somewhat hidden in the foliage, the building is still marked Shelbyville, bringing an end to our journey.  To keep up with us, be sure to follow this page on Blogger, or "Like" us on Facebook.


Link to the National Register paperwork on the depot.

Link to the National Register photo collection of the depot.

Posted by Daedelus Houndstooth at 11:11 PM